With High-Tech Board, Existing Shareholders Will Get a New Way to Exit 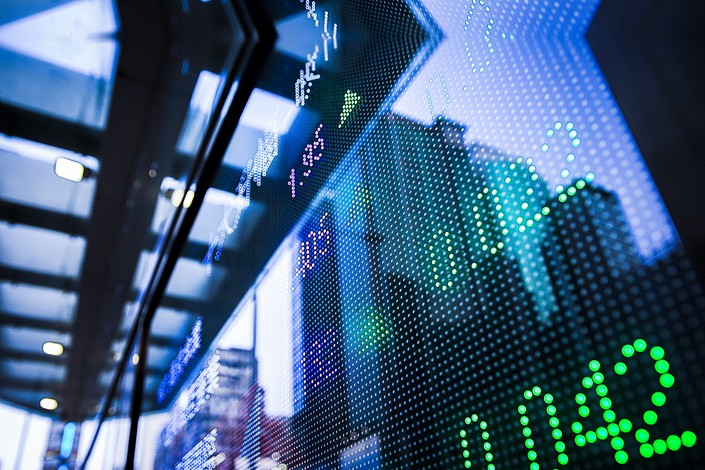 A person working for a private equity firm told Caixin that the nonpublic transfer model will improve the situation because the current share sale rules are too tight for private equity firms and are slowing down their capital flows. Photo: VCG

The existing shareholders of companies set to be listed on China’s new Nasdaq-style high-tech board will have a new way to exit their investments called “nonpublic transfers,” the Shanghai Stock Exchange (SSE) said earlier this month in regulations about the board.

Under the nonpublic transfer model, shareholders with a stake in a company before its initial public offering (IPO) can sell their shares over the counter to qualified institutional investors after a lockup period, according to the bourse’s draft regulations released in January. These shareholders have to make the sale with the help of its sponsors or designated securities firms.

The exchange is currently working on a detailed rule (link in Chinese) for such sales. The rule is expected to particularly benefit private equity and venture capital firms — typical investors of high-tech companies — as it allows them to bypass the current strict rules governing share sales by pre-IPO investors.

Under existing rules (link in Chinese), venture capital firms can sell up to 2% of the company’s total shares over a 30-day period, as long as they have held their stakes in the company for more than 48 months before its IPO application is accepted. Firms that have had their stakes for less than 48 months face tougher restrictions. If the venture capital firms are not the controlling shareholders of the company, they can begin selling their shares after a 12-month lock-up period.

The proposed rule will make it easier for private equity and venture capital firms — which play a critical role in tech innovation — to exit their company investments, a senior SSE official said at an event earlier this week. Without private equity and venture capital funding, many high-risk startups can’t grow their businesses, but these firms have their own needs — they want to be able to cash out after companies go public.

The proposed rule will also place restrictions on those who end up buying the shares from the private equity and venture capital firms. Such buyers won’t be allowed to sell those shares for 12 months, the draft regulations said.

The high-tech board, announced by President Xi Jinping in November, is set to launch soon. The government hopes the new board will make the Chinese mainland a more appealing place to list for tech firms.