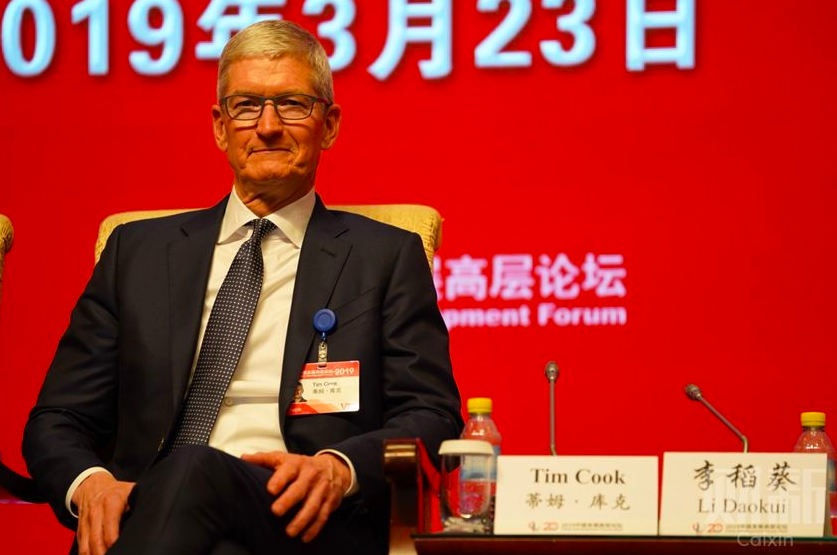 It is essential that China continue to open up its economy if the country is to reach its full potential and help the global economy thrive, Apple Inc. chief executive Tim Cook said Saturday at the China Development Forum in Beijing.

“We are grateful that you (China) have opened the door to us and allowed us to be part of the community here … we encourage China to continue opening up,” Cook told the forum.

The annual economic forum – hosted by the State Council, China’s government cabinet – brings together China’s top officials and world business leaders. The theme of this year’s gathering is “Greater Opening-up for Win-Win Cooperation”.

Other prominent speakers were generally upbeat about the outlook for China and the world economy, they also cautioned that risks to that outlook have to be addressed.

Harald Krüger, chairman of German luxury automaker BMW, struck a similar positive tone. China will continue to be a bright spot in the global auto industry in coming years, in contrast to Europe and the U.S., where auto sales have been stagnant in recent years.

Ray Dalio, founder of Bridgewater Associates, one of the world’s largest hedge funds, said he is optimistic about the prospects for the global economy. Chinese growth is still strong and the outlook will be supported by emerging technologies such as big data and artificial intelligence that will help global businesses improve their efficiency. However, inequality within countries, and between nations, is a risk for the future, he warned.

Lou Jiwei, former Chinese finance minister and head of the country’s sovereign fund, warned that Chinese economic planners should pay more attention to potential risks – such as the country’s high debt level – that stand in the way of its transition to a high-income society in the coming years. Last year, China's per capita gross domestic product (GDP) exceeded $9,700, closing in on the $12,736 standard set by World Bank for an economy to be considered high-income.

Justin Yifu Lin, an economic advisor to the Chinese government and former World Bank chief economist, said the ongoing trade war was equally detrimental to both China and U.S. China’s “comparative advantage” explained the massive Chinese trade surplus with the U.S., not unfair trade practices, he said. But was China moves up the production value chain, the trade relationship will become much more balanced in the future, he predicted.