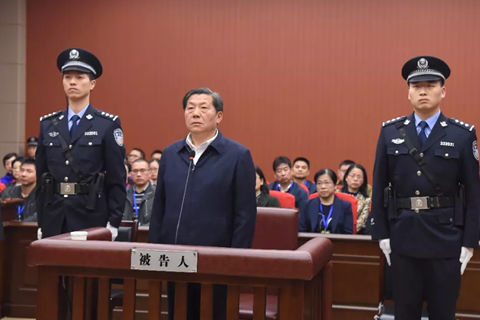 China’s former top internet regulatory official Lu Wei was sentenced to 14 years in prison and fined 3 million yuan ($447,000) for accepting 32 million yuan in bribes, the official Xinhua News Agency reported. Lu said in court that he accepts the verdict and will not appeal.

Lu was the country’s deputy publicity minister from 2014 to 2017, as well as the chief of the Cyberspace Administration of China from 2013 to 2016. He was placed under investigation by the Communist Party of China’s corruption watchdog in November 2017.

In October, Lu pleaded guilty and “showed repentance” when prosecutors described evidence against him at a court in Ningbo, East China’s Zhejiang province, according to an official announcement at the time. He was found to have taken advantage of his job and status to accept bribes personally or through others, Xinhua reported.

The court gave a lesser punishment in view of the fact that Lu Wei confessed the details of his corruption, as well as the fact that most of the bribes have since been recovered, according to Xinhua.