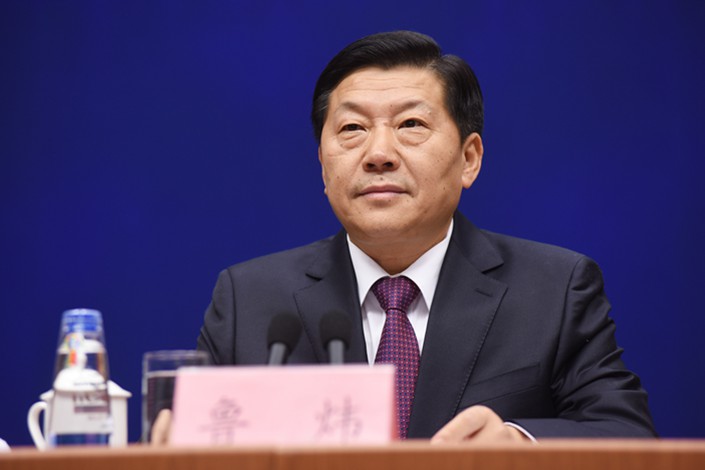 Lu Wei was the country’s deputy publicity minister, as well as the chief of the Cyberspace Administration of China (CAC) until he stepped down in 2016. He was placed under investigation by the Communist Party of China’s corruption watchdog in November 2017.

Lu pleaded guilty and “showed repentance” when prosecutors described evidence against him Friday at a court in Ningbo, East China’s Zhejiang province, according to an announcement on the Zhejiang judiciary’s official WeChat account.

Lu is also the former vice mayor of Beijing. He oversaw the CAC as it tightened regulation on the popular social media platform Weibo, as well as during the drafting process of China’s Cybersecurity Law, which took effect in November 2016. The law targeted internet-based crimes and clarified restrictions on the use of the internet in China, and included a clause requiring foreign tech companies like Apple to store Chinese users’ data inside the country.

Lu’s admission comes amid a spate of corruption announcements by Chinese authorities. Since late September, four top officials have been removed from public office and expelled from the party, including Zhang Shaochun, a former vice finance minister, and Bai Xiangqun, a former vice chairman of the government of Inner Mongolia.