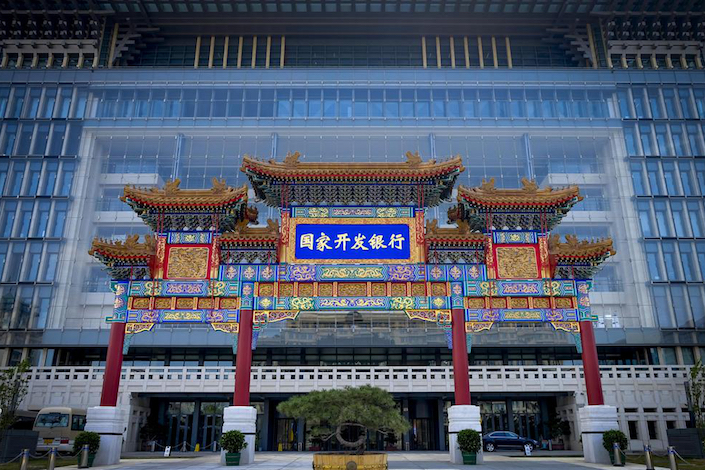 * Hu helped CEFC China units to gain a stake in Bank of Hainan and a $4.8 billion credit line from CDB, CCTV reported.

* CDB is the biggest creditor of embattled CEFC China.

Prosecutors made the allegation as Wang, 65, stood trial in central China’s Henan province Thursday. He was charged with taking 66.9 million yuan ($9.67 million) in bribes between 1993 and 2017 and offering benefits as bank shares and contracts to individuals and businesses such. Wang is also accused of selling official posts.

Wang was the Communist Party chief of Gansu, one of the poorest provinces in northwestern China, between 2011 and April 2017. Those who benefited from ties with Wang include Ye Jianming, founder of energy conglomerate CEFC China Energy, according to a report by state broadcaster China Central Television (CCTV). Caixin reported that Ye was placed under investigation for alleged economic crimes in January.

According to CCTV, Wang accepted bribes from Ye and offered help to Ye’s companies through Hu Huaibang, the former chairman of China Development Bank, the largest policy lender.

Hu, 63, retired from CDB last month after five years as chairman. Before joining the CDB, he was the former party chief and chairman of Bank of Communications and had filled senior positions in the central bank and the banking regulatory body.

Under the instruction of Wang, Hu helped CEFC Shanghai, the main unit of CEFC China, to gain a stake in Bank of Hainan, according to the CCTV report. Hu also helped another CEFC China unit to obtain a $4.8 billion credit line from CDB, CCTV reported, without elaboration.

The deal also marked the start of CEFC China’s rapid expansion, backed by credit-driven acquisitions and massive connected-party transactions with affiliates. Over several years, the company amassed assets in Europe, the Middle East, Central Asia and Africa, including a mega deal to buy 14% of Russian oil giant Rosneft for about $9.1 billion. The deal was scrapped in May after Ye’s downfall.

CDB has been an important credit backer of CEFC China over the years. The bank granted 42 billion yuan of credit lines to CEFC Shanghai as of September 2017, or about 68.3% of total bank credit obtained by the company.

The policy lender is believed to have been the main financial backer in several of CEFC China’s high-profile acquisition deals, including the proposed purchase of $900 million of oil and gas assets of Abu Dhabi National Oil Co. last year and the failed investment in Rosneft.

CDB was also a main source for CEFC China to obtain letters of credit — a short-term financing instrument for traders — to secure bank loans to fund its early business expansion. In 2014 and 2015, CDB issued a total of 44 billion yuan of letters of credit for CEFC Shanghai, Caixin learned.

In a 2017 interview with Caixin, Ye said CDB’s support distinguished CEFC China from other private companies and underscored that the company’s goal “to serve the state’s strategy.”

But as CEFC China faces a debt crisis following Ye’s detention, CDB is exposed to heightened risk as the company’s biggest creditor. Data from the Shanghai Stock Exchange showed that as of Jan. 31, CEFC Shanghai had 114.5 billion yuan of unpaid loans. Meanwhile, the company has more than 10 billion yuan of bonds due by the end of the year.

Before becoming Gansu party chief, Wang headed several provinces including Guizhou, Sichuan, Fujian and Anhui. He was placed under investigation by the party’s anti-graft watchdog in July 2017 and expelled from the party three months later. Before that, Wang was the vice chairman of the Education, Science, Culture and Public Health Committee of the National People's Congress.