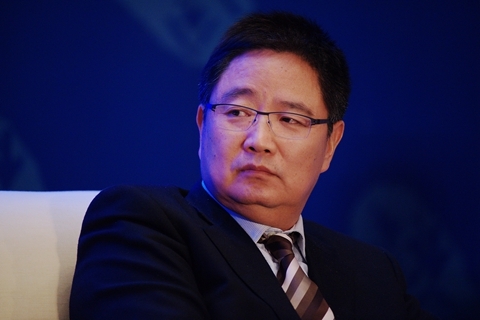 Zhang, 57, is under investigation for “serious violations of laws and disciplines,” the Central Commission for Discipline Inspection, the country’s top graft watchdog, said in a statement Thursday. The terse notice didn’t elaborate on Zhang’s alleged violations, but the phrase often refers to corruption.

Zhang is known for his financial acumen. During his tenure, China Hi-Tech has undergone rapid expansion through mergers and acquisitions to extend its business reach to commercial vehicle manufacturing, materials, garments and finance. Company documents showed that China Hi-Tech holds full ownership or majority control of 24 subsidiary companies.

Amid speculation about the Zhang investigation, Hang Tang Wealth Management published a statement Wednesday saying its business was not involved in any investigation and it hadn’t received any notice from authorities.

In July 2017, China Hi-Tech was incorporated into China National Machinery Industry Corp. (Sinomach), the largest player in the machinery industry in terms of capacity, to become a wholly-owned subsidiary. The deal was one of the largest mergers in China’s state-owned sector amid the central government’s efforts to push forward state asset consolidation.

Zhang is one of the most senior executives to fall under investigation in China’s tightening scrutiny of state-owned companies. Earlier this week, Lai Xiaomin, former chairman of China Huarong Asset Management Co. Ltd., one of the nation’s four largest bad-asset managers, was expelled from the Communist Party for “serious violations of discipline.”

Lai is accused of multiple wrongdoings, including cronyism and embezzlement of public property. He will be prosecuted for suspected crimes related to corruption and bribery.