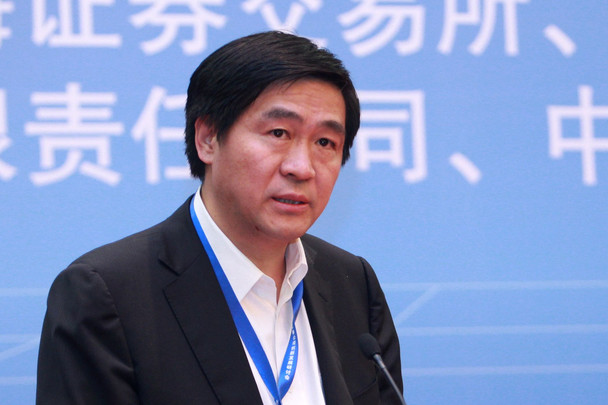 Cheng Boming, former general manager of CITIC Securities Co., was jailed for 3.5 years for bribery following an investigation that brought down many top managers of the biggest brokerage in China. Two other former executives received suspended sentences.

Sources close to the matter told Caixin that Cheng was sentenced in a court ruling in December 2016 for accepting “hundreds of thousands of yuan in bribes” in exchange of business favors.

Cheng, Citic Securities’ general manager since 2010, was detained by police in April 2016 after investigators launched a probe of suspected illegal securities trading at the brokerage amid a market crash in the summer of 2015, according to the official Xinhua News Agency.

Citic Securities was one of the 21 brokerage firms called upon by the China Securities Regulatory Commission in July 2015 to help rescue the A-share market after the rout by buying up stocks that few other investors wanted.

The investigation has led to the detention of at least 11 of the brokerage’s senior executives and board members for alleged insider trading and leaking insider information.

In July 2016, the CSRC downgraded Citic Securities’ rating from AA to BBB.

It is not known for what crimes they are being punished. But sources said that the crimes dealt with in the December rulings were not “directly related” to the market meltdown investigation.

Cheng, Liu and Xu couldn’t be reached for comment.

Cheng, 55, joined Citic Securities in 2001 and worked in several senior positions. The firm's position of general manager was left open for more than four years starting in October 2005, and over that period Cheng oversaw daily operations as the executive deputy general manager. He was named general manager in 2010.

Cheng was credited with securing many contracts with state-owned enterprises for Citic Securities, contributing much to its development since 2005.