By: Ke Baili and Liu Caiping 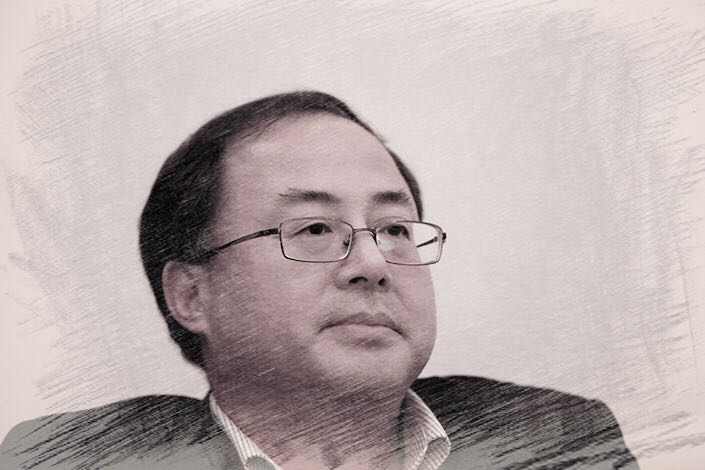 New legal head at securities watchdog: The China Securities Regulatory Commission (CSRC), has a new chief officer for legal affairs — Jiao Jinhong (焦津洪). He moves from his position as head of the CSRC’s branch office in Shenzhen. With a doctorate in law from the University of International Business and Economics in Beijing, Jiao has been in government since 2002.

One big task: He’ll likely play an important part in the revision to the Securities Law, which has been trudging along since 2015. One of the key changes will be moving from a lengthy approval-based initial public offering (IPO) system, where the CSRC decides if a company can list, to a registration-based system similar to that in the U.S., where the market plays a much larger role.

Hail to the chief: Chief officers are becoming increasingly prominent across the financial regulatory system as the bureaucracy drops the job of “assistant chairman,” a title that carried a broader, more powerful position but tended to be associated with corruption. Two assistant chairmen, Yang Jiacai (杨家才) at the banking regulator and Zhang Yujun (张育军) at the CSRC, were among the anti-corruption campaign’s biggest takedowns. The CSRC has done away with both its assistant chair positions in recent months; the revamped China Banking and Insurance Regulatory Commission, is also replacing its assistant chairs in favor of more professionalized chief officers.

Provincial dominoes: Here’s a snapshot of the hierarchy within provincial regulators. Jiao’s been replaced as the head of the CSRC's Shenzhen branch by the previous head of the Guangdong securities watchdog — who in turn was replaced by Hunan’s, who, in turn, was replaced by Jiangxi’s.

U.S. state pension fund headhunts China’s forex official: The California Public Employees’ Retirement System (Calpers), which has a whopping $360 billion of assets under management, offered the job of chief investment officer (CIO) to Ben Meng, a deputy CIO at China’s State Administration of Foreign Exchange (SAFE), according to The Wall Street Journal (WSJ). Born in Dalian in Northeast China, Meng has studied in the U.S. and worked at Calpers for several years until he joined SAFE, which manages the country’s $3 trillion of foreign-exchange reserves, in 2015. He told the WSJ on Wednesday that he has U.S. citizenship.

Nur Bekri, an ethnic Uygur and former governor of Xinjiang in western China, is suspected of “severe disciplinary violations,” the Central Commission for Discipline Inspection (CCDI) said Friday, without elaborating.

The NEA was hit by a wave of corruption allegations in 2014, when former Director Liu Tienan (刘铁男) was sentenced to life imprisonment for bribery. Several more high-level arrests followed. Former Deputy Director Wang Xiaolin (王晓林) was removed from his position this February after an earlier corruption probe.

Old fashioned values: Qiao Tianming (乔天明), former chairman of liquor-maker Jiannanchun, stood trial for bribing an official and embezzling a fortune from the company in 2003. Qiao said that the 380,000 yuan he gave to the former vice governor of Sichuan province, Li Chengyun (李成云), was emblematic of how people showed gratitude at the time, and was not meant as a bribe.

Two former senior officials expelled: Wang Xiaoguang (王晓光), a former vice governor of Guizhou province in China’s southwest, was expelled from the Communist Party and removed from public office, according to official statements. An “obsession with orchids,” as well as bribery and embezzlement, were among the problematic behaviors outlined by the CCDI.

Zhang Shaochun (张少春), a former vice minister of the Ministry of Finance, the third official holding this position to face corruption allegations, was also expelled from the Communist Party and removed from public office. Here’s more from Caixin on Zhang from when he was first put under investigation in May.

We’d love to hear some feedback — if you think we’re missing important moves, or if you’ve any other comments on this newsletter, please let us know.