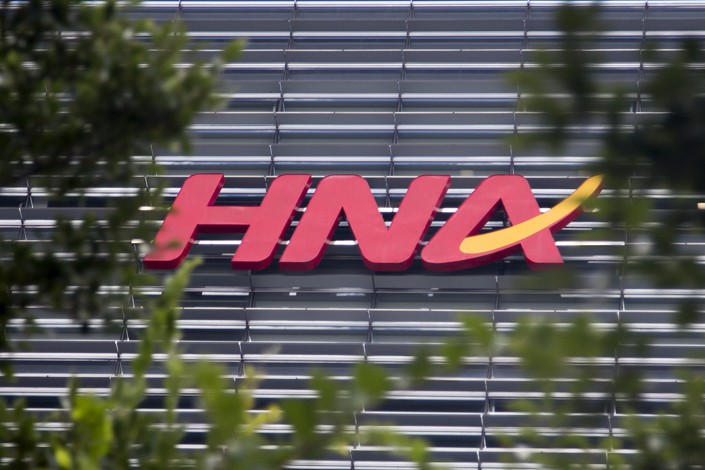 The HNA building in Shanghai on July 17. Photo: VCG

Hainan-province-based HNA group has shaken up its management in a bid to recoup its business and win back investor confidence after co-founder and Co-Chairman Wang Jian died in an accident in France in early July.

The company has also stepped up a massive sell-off after years of aggressive debt-fueled overseas acquisitions, which saw it snapping up assets that included a 10% stake in Deutsche Bank AG. Its global ambition ran into trouble late last year when China’s banking regulator tightened regulations on such activities.

Chen Chao will now be responsible for the company’s international businesses, as Tan Xiangdong, also known as Adam Tan — one of HNA’s largest individual shareholders and HNA’s CEO — will step down as chairman of HNA Group (International), the group’s Hong Kong unit, according to the statement.

HNA said such positions changes were “consistent with its efforts to refocus and streamline the Group’s strategy around its core aviation, tourism and logistics businesses.”

However, HNA’s new management team is expected to continue face serious challenges as the years-long expansion has put the company in a liquidity crisis. Last week, one of its tourist site development units was confirmed to have missed a repayment on a loan extended by a trust company.

As of June, HNA had a staggering debt of 657 billion yuan ($95.70 billion), according to its previous earnings report. This has come despite the fact that the company and its subsidiaries sold off over 60 billion yuan in assets in the first six months of 2018.

In August, the company said it is selling its stake in U.S.-based hotel operator Radisson Hospitality Inc. The deal came just one day after it said it will sell a 30% stake in the Dublin, Ireland-based Avolon Holdings Ltd., the world’s third-largest aircraft leaser, to Japanese financial services group Orix Corp. for $2.2 billion.