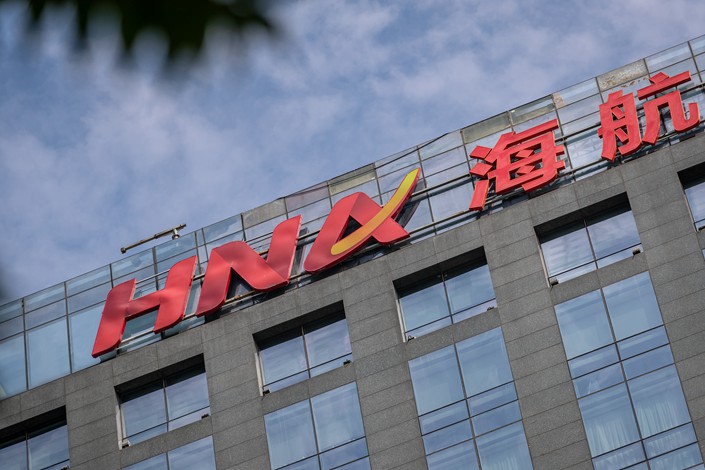 A view of a HNA office building in downtown Beijing. Photo: VCG

A tourist site development unit of embattled HNA Group has missed a repayment on a loan extended by a trust company, in the latest sign of distress coming from the debt-heavy group.

The missed payment that was due on Monday was for a 24-month, 300 million yuan ($44 million) loan extended by Hunan Trust to HNA Innovation, Hunan Trust said in its statement.

“We made many phone calls and discussed the matter on site with them,” Hunan Trust said. “HNA Innovation indicated it is making efforts to repay the money, but at the time of this announcement we have yet to receive the funds.” Hunan Trust said it is preparing to take legal action, including seeking a court order to freeze HNA Innovation’s assets such as real estate and bank accounts.

HNA Innovation blamed the problems on unspecified historical issues that have affected operations at its main asset, a scenic tourist area in East China’s Zhejiang province. “The problems have created a capital crunch, and as of now the loan repayment has passed its deadline,” HNA Innovation said. “The company is working in good faith with Hunan Trust to find a way to resolve this issue.”

Shares of Shanghai-listed HNA Innovation fell about 1% in Friday trade on higher-than-usual volume. The company is just one of many that HNA Group bought during a buying binge over the last eight years that saw it spend billions of dollars on a wide range of domestic and global assets, many of those in the aviation and tourism sectors.

But Beijing has cracked down on HNA and other big financial conglomerates like Anbang Insurance and Wanda Group since the start of last year, concerned about their lack of transparency and excessive debt burdens. Following the launch of the crackdown, HNA has been steadily selling many of its previously acquired assets, and some of its other units have also had difficulty repaying their debts.