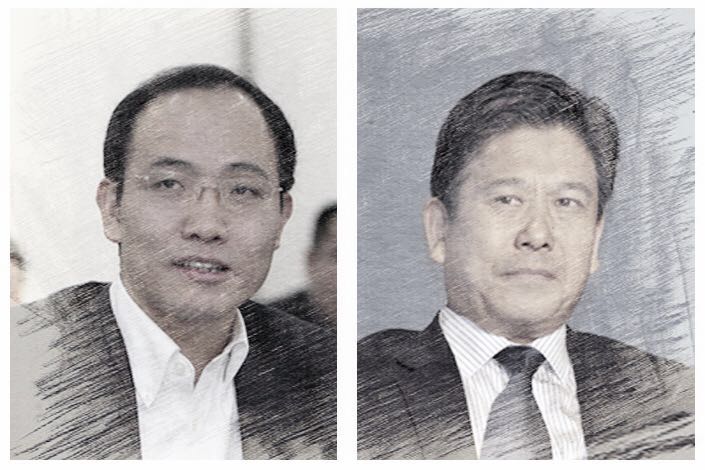 One man’s loss is another man’s grain: Huang Wei (黄炜), currently in charge of legal affairs and inspection at the CSRC, will be moving to become a deputy director of the State Grain and Reserves Administration, a body that’s gearing up to conduct a major nationwide inspection into the quality and amount of China’s grain reserves.

Trading places: The second assistant chairman, Zhang Shenfeng (张慎峰), is currently in charge of the CSRC’s general office. He’ll move to be a deputy at the China Council for the Promotion of International Trade.

End of an era: Assistant chairs have historically been an important part of China’s financial regulation, as something of a “fast-track” position directly overseeing key departments. Two, Yang Jiacai (杨家才) and Zhang Yujun (张育军), had the dubious honor of becoming some of the anti-corruption campaign’s biggest takedowns.

But their time now seems to be passing, with the revamped banking and insurance watchdog also losing its assistants in favor of more professionalized “chief officers.”

Liu Qiang (刘强), currently a vice president at Bank of China Ltd., will become a vice governor of Shandong, a wealthy province on China’s east coast.

Liu will be responsible for the financial sector, so one of his tasks will be to deal with Shandong-based Hengfeng Bank Co. Ltd., one of the country’s 12 national joint-stock commercial banks, whose former chair is currently under investigation for embezzlement.

Zhao Guowei (赵国伟), who is behind much of China’s rush to acquire foreign microchip manufacturers, will become the biggest shareholder of Tsinghua Unigroup Ltd. after a company owned by Tsinghua University, Tsinghua Holdings Co. Ltd., sells part of its stake.

Why we care: Unigroup is a key component of China’s attempts to build up its microchip sector. The company hit the news back in 2015 with a failed attempt to acquire U.S. chipmaker Micron, which was blocked on national security grounds. It’s in the process of acquiring French smart-card components maker Linxens, according to Reuters reports.

Details: Tsinghua Holdings will transfer most of its stake to two local state-owned companies, making privately held Beijing Jiankun Investment Group Unigroup’s largest shareholder with its 49% stake. In turn, Zhao owns 70% of Jiankun. He’s already the chair of Unigroup however, so we don’t expect a big change in direction.

Zhao’s a driven man: Since joining Unigroup in 2013, Zhao has spent nearly 100 billion yuan ($14.6 billion) on investments in some 20 companies. Zhao has said he plans to spend $100 billion over the next decade on chip-making facilities.

Bigger picture: China’s attempts to acquire foreign technology have fueled trade tensions with the U.S. Strategic industries like microchips are also central to Made in China 2025, the industrial strategy causing the U.S. government so much concern.