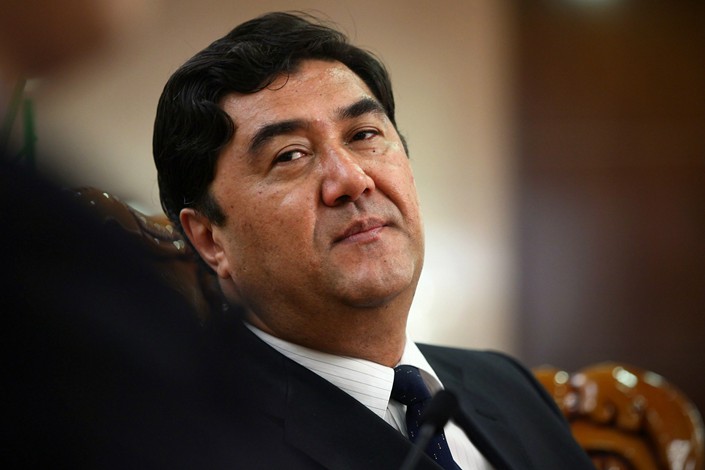 Nur Bekri, director of the National Energy Administration and a member of China’s Uygur ethnic minority, is suspected of “severe disciplinary violations,” a term commonly used to refer to corruption, the Central Commission for Discipline Inspection said. The commission did not say what the suspected violations are.

China’s energy sector has long been troubled by widespread corruption. Bekri is the second director from the National Energy Administration to be investigated since it was established 10 years ago. In 2014, former Director Liu Tienan was sentenced to life imprisonment after an official investigation found him guilty of accepting more than 35 million yuan ($5.1 million) in bribes.

Liu’s conviction triggered a wave of arrests of energy officials, including nuclear power department chief Hao Weiping and coal department Deputy Director Wei Pengyuan. Police found a stash of 200 million yuan in cash in Wei’s apartment in 2016, and he was given a suspended death sentence for accepting bribes.

In February, former Deputy Director Wang Xiaolin was removed from his position after an earlier corruption probe.

Bekri, born in Northwest China’s Xinjiang Uygur autonomous region, was appointed mayor of the region’s capital, Urumqi, in 1998 at the age of 37. He became a deputy director of the National Development and Reform Commission, China’s top planning body, and director of the National Energy Administration in December 2014. Bekri oversaw the administration during a major push to wean the country off coal and move toward the use of cleaner fuel.

China is the world’s largest producer and consumer of coal, and Xinjiang is home to 38% of the country’s coal reserves, much of it untapped, according to energy industry publication Power.

Bekri was last seen in public on Sept. 18, when he accompanied Chinese Vice Premier Han Zheng on an official trip to Moscow.