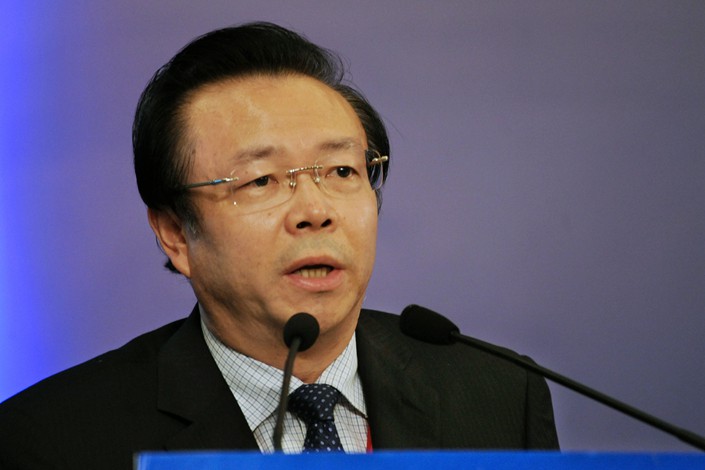 * Lai Xiaomin had over 100 mistresses, many of whom received management positions at Huarong subsidiaries, sources said

The fallen Lai Xiaomin once said that he would have preferred a career in politics to running China Huarong Asset Management Co. Ltd., but since he had the job, he would “stay and enjoy it.”

Evidence suggests that he certainly did.

Lai spent more than five years at Huarong’s helm. During that time, he oversaw an aggressive expansion that transformed the company from what he once called a “marginalized” enterprise into one of the biggest players in China’s financial industry. On Monday, he was expelled from the Communist Party of China and removed from public office for “serious violations of party discipline,” a euphemism for corruption.

In several exclusive interviews with Caixin, sources close to Lai and inside Huarong offered details about some the behavior that led to his downfall, portraying the 56-year-old former company chairman as a man partial to women, cash and connections.

There were three “one hundreds” in Lai’s case: more than 100 properties, over 100 key players, and over 100 mistresses, including some households names in the Chinese entertainment industry as well as many Huarong employees, Caixin has learned.

Although Huarong was set up in 1999 as one of the country’s four bad-asset managers, it expanded into many other areas of finance under Lai leadership, including securities, financial leasing and real estate. Lai joined Huarong in 2009 and was appointed as the company’s chairman and party chief in 2012.

A real estate subsidiary of Huarong once developed 120 properties in the city of Zhuhai, Guangdong province, 100 of which Lai gave to his ex-wife and many mistresses, sources told Caixin.

Many of his mistresses also received management positions at Huarong subsidiaries. There was a rule of sorts: The longer a woman’s relationship with Lai, the higher the position they could get, Caixin has learned.

Lai, according to people close to him, has a special love for cash. Authorities have discovered 3 tons of cash worth of 270 million yuan in different currencies at his properties in Beijing, Caixin has learned.

As the country stepped up its anti-corruption campaign a few years ago, Lai began to exhaust ways to hide the properties where he hoarded his cash. One house was bought and transferred through five different people to hide his identity as its real owner, people familiar with Lai’s case told Caixin.

The price for getting a job at Huarong was 300,000 yuan. It cost 500,000 yuan to get a management position, and 1 million yuan to become a director at one of Huarong’s subsidiaries, sources at Huarong told Caixin.

During his time at Huarong, Lai also built up a “Jiangxi Gang” — a tightknit group of people he recruited and promoted from his hometown in China’s southern Jiangxi province, sources close to Huarong said. As a way of accumulating political capital, he also gave jobs to the children and relatives of many high-ranking provincial government officials.