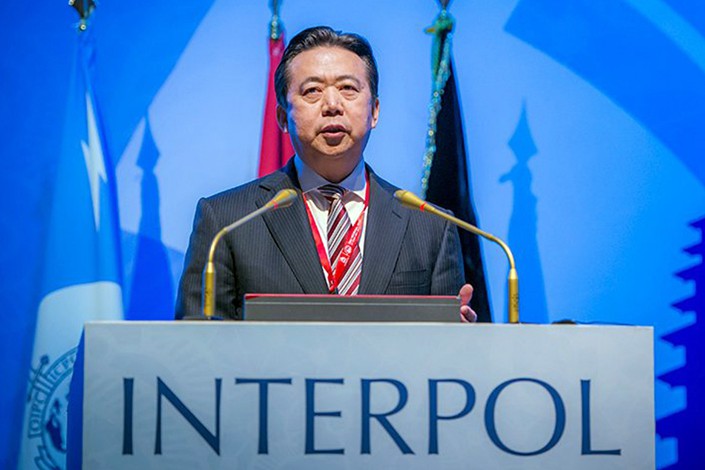 Meng Hongwei, former president of Interpol, has been expelled from the Communist Party of China (CPC) and stripped of his administrative positions after an official investigation, Xinhua News Agency reported.

Meng is alleged to have seriously violated Party discipline, and was found to have a “twisted” understanding of power that led him to disobey CPC Central Committee mandates, take bribes, and illegally advance the personal interests of people including his wife, Xinhua reported. Investigators also said that Meng had “squandered national assets,” according to Xinhua.

Meng, the first Chinese head of Interpol, was reported missing by his wife in October 2018. Days later, the Chinese government said it had put Meng under investigation. The announcement was followed shortly by an Interpol announcement that Meng had resigned.

He has not been seen in public since the announcement.