By Zhao Ning and Yang Ge 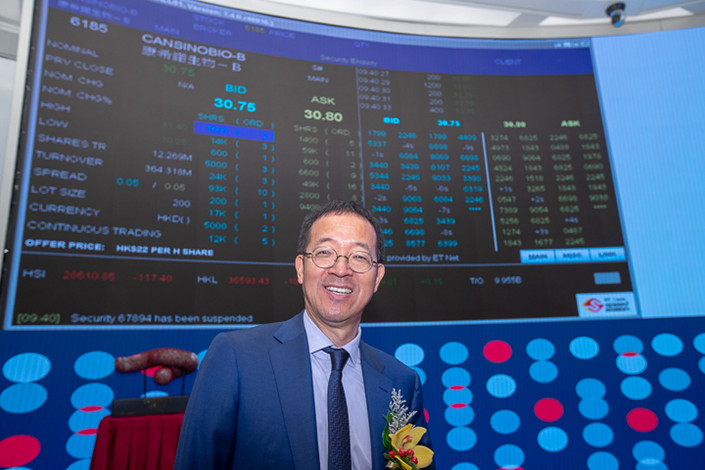 Shares for the online arm of education services giant New Oriental Education & Technology Group Inc. struggled in their Thursday trading debut, shadowed by a cloud of uncertainty that has pummeled the broader sector in recent months.

China is generally seen as fertile ground for both traditional and after-school education services due to parents’ willingness to spend lavishly on their children. But the sector is also a sensitive one in China, amid growing calls to ease the burden on children who often get forced to take numerous extracurricular classes by parents anxious to see them succeed.

Facing such headwinds and fears of stronger government oversight, Koolearn Technology Holding Ltd. shares ended unchanged on their first trading day. The company, which counts internet giant Tencent as its second largest shareholder, raised HK$1.57 billion ($200 million) in an offering that valued it at more than HK$9 billion.

Koolearn first submitted its IPO prospectus last July, and later updated that last month. The latest version showed the company’s net profit slid 60% to 36.2 million yuan in the six months through November last year, as it forecast it would slip into the red this year. The company’s rapid expansion was cited for the declining profits, as it rolls out new products and tries to build up scale. Its student body has roughly tripled over the last three years from 653,000 in 2016 to 1.9 million by last year.

But many worry that recent signals from Beijing could auger new growing pains for the sector, whose growth has recently accelerated with the popularization of online learning. Education Minister Chen Baosheng said earlier this month that the Education Ministry would release guidelines to regulate the online afterschool education sector, as part of the effort to reduce students’ infamously massive workloads.

That overhang has cast a cloud over many of China’s education companies that listed overseas over the last two years, leading to hundreds of millions of dollars in lost market value.

“It’s the regulatory uncertainty, particularly for the online segment which has yet to be clarified,” said one source who works with some of the companies that are quickly falling out of favor on Wall Street and in Hong Kong. “Regulations for offline schools were released a few months ago, but there still is uncertainty for them also since they seem to differ from city to city.”

Nearly all of the education companies that have listed in New York and Hong Kong over the last two years are now down sharply from their IPO prices. The biggest losers include RYB Education, Sunlands and Puxin Ltd., which are all down by 60% or more from their listing prices. Rise Education and OneSmart are doing relatively better, but are still down roughly 30% from their New York listings prices in 2017 and 2018, respectively.