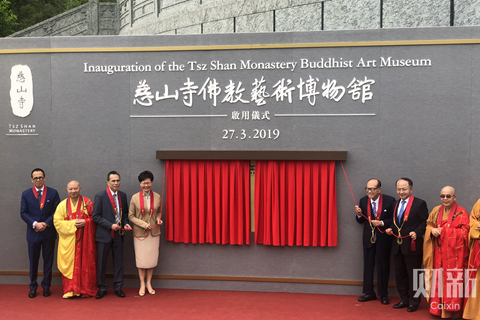 Many have wondered what Hong Kong’s richest man would do once he retired from running his global empire and handing the reins to his son.

Li Ka-shing, the Hong Kong tycoon who built a $100 billion network of companies, including CK Hutchison Holdings, attended the inauguration Wednesday with his two sons.

The 90-year-old retired last March, and hasn’t made many public appearances, let alone with his successors.

The artifacts are mostly items donated by Li personally or purchased for the museum by the Foundation. The museum will open to the public on May 1, with free admission.

Related: Opinion: Hong Kong’s Richest Man Should Give More Back