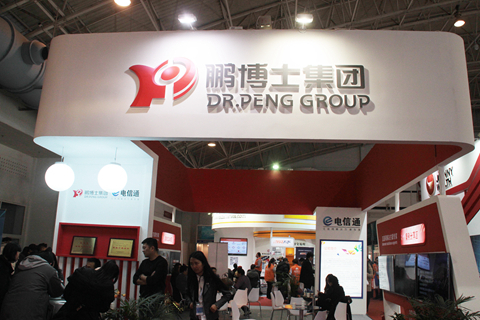 The doctor is out.

Shanghai-listed Dr. Peng Group is considering pulling away from competition with the country's state-owned carriers in consumer broadband markets, an internal source has confirmed.

Dr. Peng will switch to providing broadband services to these carriers as a partner.

Having acquired 100% of the Beijing-based Great Wall Broadband Network in 2012, Dr. Peng currently has a user base of over 13 million, which could be valuable to some carriers.

Partnering with state carriers, however, may not offer much help to Dr. Peng’s bottom line. According to its latest earnings report, operational revenue in the first three quarters of 2018 dropped 17.01% year-on-year to 5.23 billion yuan ($778.27 million), while net profits attributable to shareholders plunged 43.63% year-on-year from 605.93 million yuan to 341.65 million yuan.

A Dr. Peng spokesperson has confirmed to Caixin that the company is interested in partnerships with state-owned carriers, and also said that Dr. Peng and China Unicom have expressed “willingness to cooperate.”

A local unit of Dr. Peng in Hebei province has also been in talks with China Mobile, the source told Caixin.