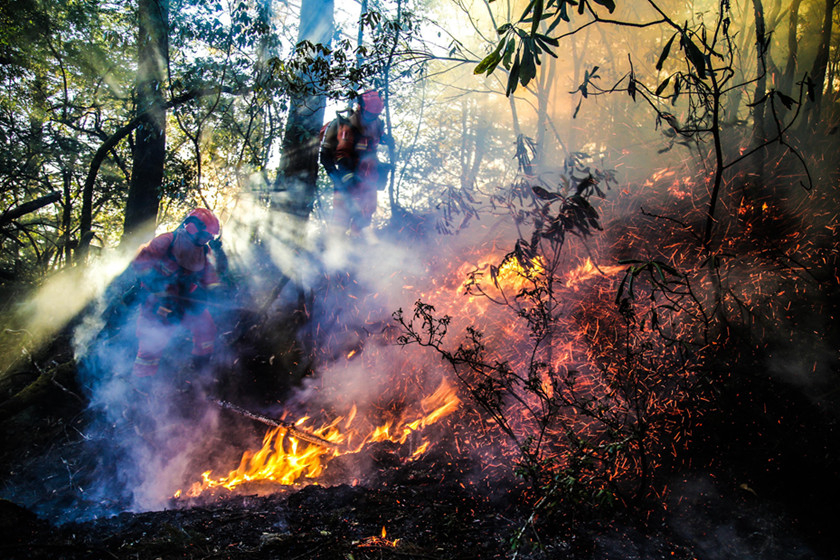 Two firefighters work to put out some burning brush in a forest in Muli county on Feb. 12. Photo: VCG 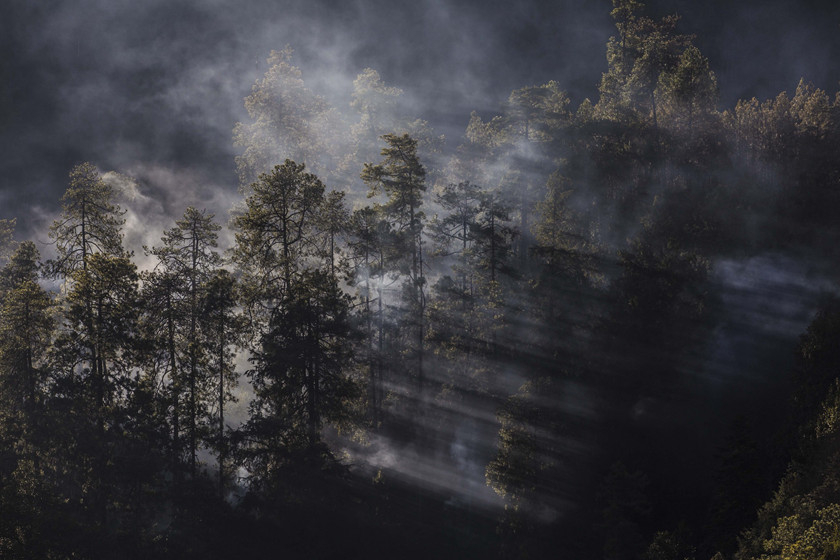 Smoke rises through the trees on Feb. 12 after a forest fire in the county. Photo: VCG 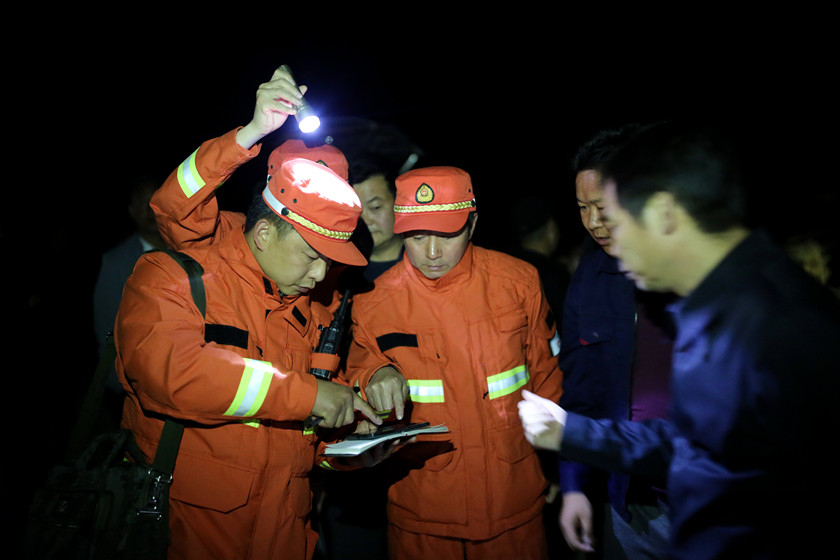 Firefighters plan how to control a fire in Mianning county in Liangshan Yi autonomous prefecture on March 27. Photo: VCG 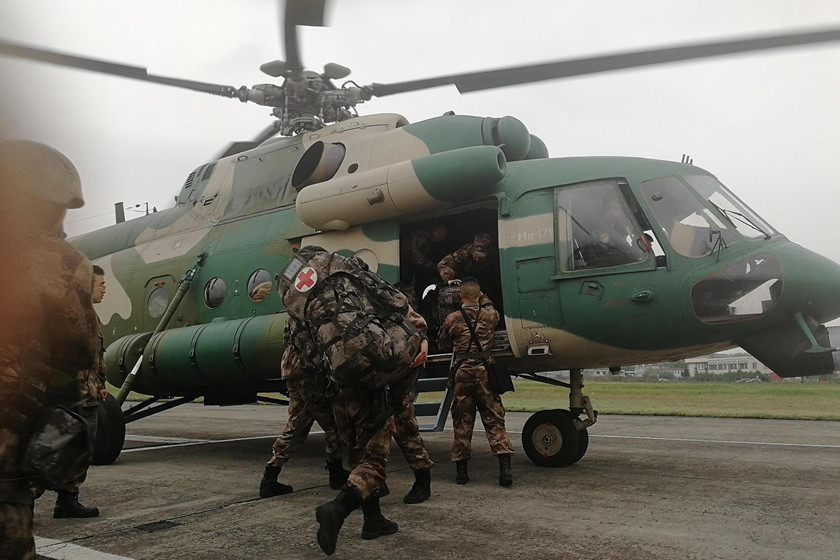 A medical team boards a helicopter on Monday to assist firefighters in Muli county. Photo: VCG 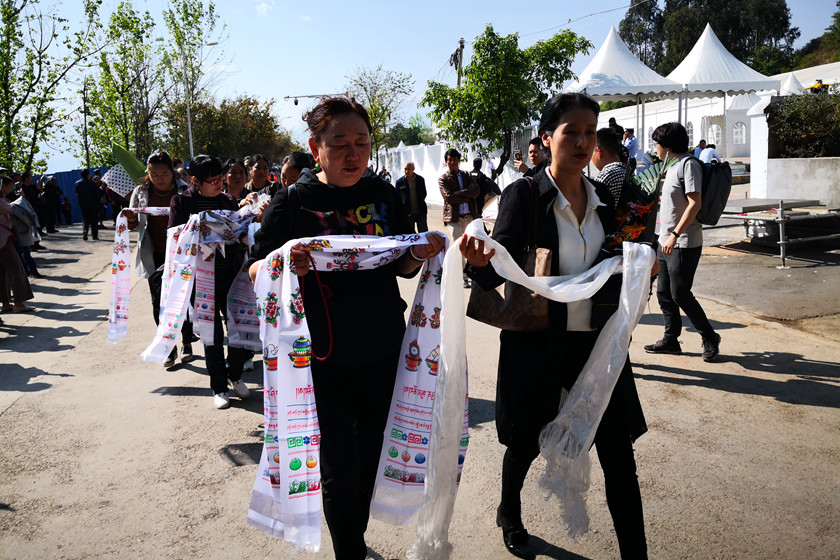 Thousands of residents of the city of Xichang gather on Tuesday to present ceremonial Tibetian scarves to the 30 people who died in forest fires in the prefecture. The scarves, called khata, which symbolize compassion, are traditionally worn or presented at funerals, among other occasions. Photo: IC 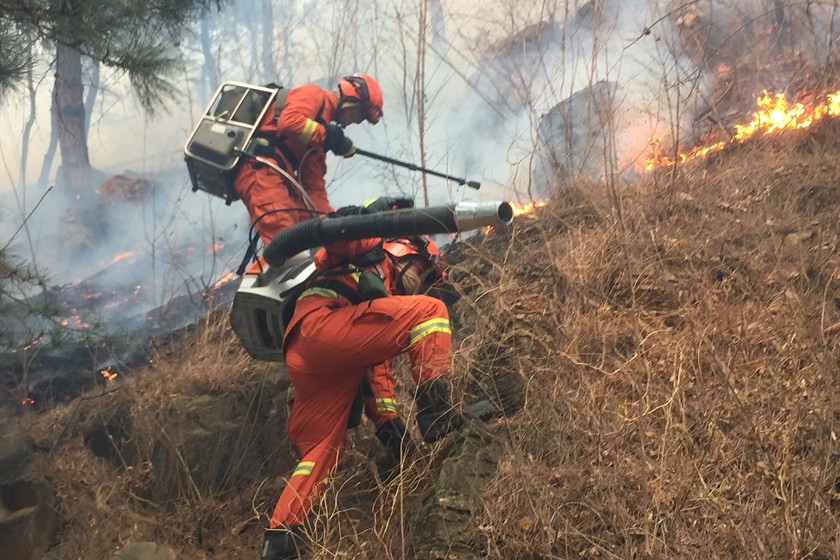 Two firefighters climb up a burning slope to extinguish a fire in Beijing’s Miyun district on Saturday. Photo: VCG 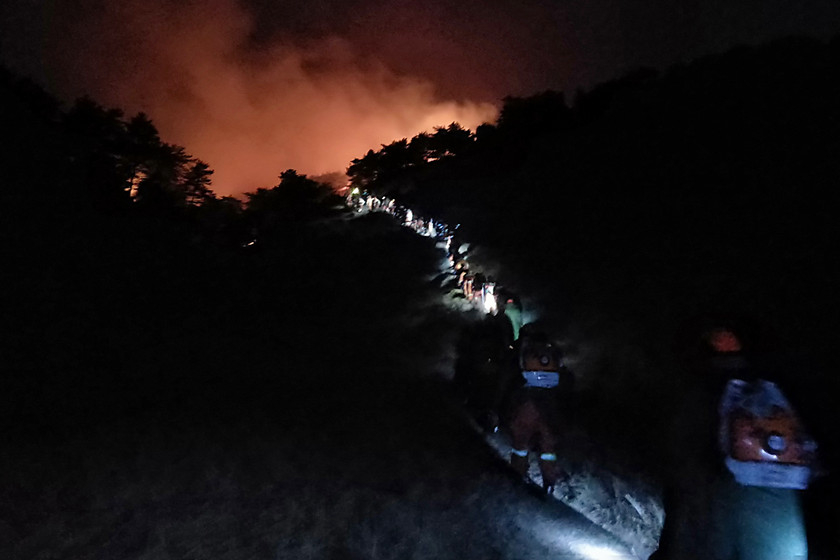 A team of firefighters head to a forest fire in the city of Changzhi, Shanxi province, on Sunday. Photo: VCG