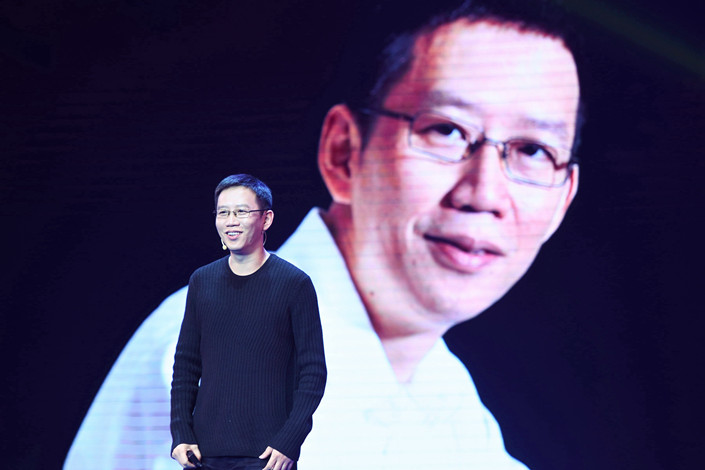 A listed Chinese online education firm is in a back-and-forth tussle with the regulator about its planned purchase of the operator of a popular WeChat account, a deal which could set a precedent for acquisitions in the booming online content industry.

On Tuesday, the Shenzhen Stock Exchange issued a second notice (link in Chinese) in as many weeks to Qtone Education Group, demanding further details regarding the company’s plan to acquire Hangzhou Bajiuling Culture and Innovation Co. Ltd., the operator of “Wu Xiaobo Channel,” a WeChat account that publishes business analysis and opinion.

This came after the Shenzhen-listed Qtone published a 96-page document (link in Chinese) Monday in response to the regulator’s first set of inquiries, which was issued late last month. Earlier, Qtone announced that it would issue new stock and exchange it for 96% of Bajiuling’s shares in a deal worth around 1.5 billion yuan ($223 million).

In addition to paid users, Bajiuling also makes money from advertising and online finance courses. In 2018, the company had a net profit of 75 million yuan on revenue of 232 million yuan.

Wu and his wife owned a combined 25.62% stake in Bajiuling, according to corporate registration information, company data provider Tianyancha showed. They would together own about 7% of Qtone if the deal goes through.

Regulators are cautious about mergers and acquisitions in the new-media space, due to the limited number of precedents and the difficulty of putting a price to such companies’ assets.

The Shenzhen bourse’s questions about the deal have centered on to what extent Bajiuling’s business relies on Wu’s personal popularity and intellectual property, over which it does not exercise exclusive ownership.

In addition to Bajiuling, Wu also holds stakes in a couple of other companies that are either in direct or partial competition with Bajiuling, including Hangzhou-based publisher Lanshizi, raising questions at the regulator about his commitment to the company.

In response, Wu promised not to make money from his personal brand outside Bajiuling’s platform for the next few years, according to Qtone’s statement on Monday. The statement added that Bajiuling’s staff would be subject to a comprehensive noncompete agreement after the acquisition.

Qtone has tried to project an image of Bajiuling as a media organization rather than as simply an extension of Wu’s personal brand. “Wu’s personal appeal and influence did indeed help Bajiuling accumulate clients in the early stage of development, but his value to the firm is different from an influencer’s intellectual property,” the company’s statement said.

The regulator’s Tuesday missive also raised other questions, including whether Bajiuling had received the necessary publishing approval from the country’s media regulators and regarding the authenticity of the company’s sales reports.

Bajiuling and Qtone have until Friday to hand in documents answering these inquiries.

Zhao Runhua contributed to the story.