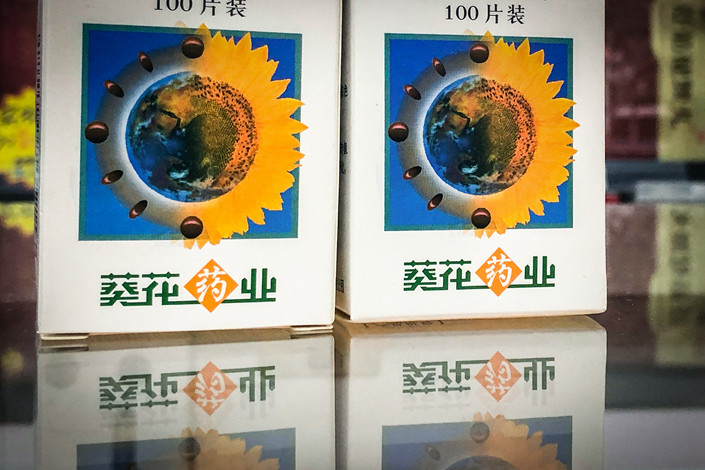 Sunflower Pharmaceutical Group Co. Ltd. has insisted the arrest of its founder on suspicion of murdering his co-founder ex-wife would not impact the company — even as the drugmaker wiped off more than half a billion yuan in value.

Guan Yanbin, former chairman and general manager of Sunflower Pharmaceutical, was reportedly arrested in northeastern China’s Harbin for intentional homicide on Jan. 29. The victim was reportedly Zhang Xiaolan, Guan’s ex-wife and a co-founder and former chairwoman of the company.

Guan retains 11.38% of Sunflower Pharmaceutical outright, as well as a controlling stake in two companies that hold 45.41% and 4.11% of it. But after details of his arrest emerged this week the company downplayed the links, saying he no longer has an operational role there. His two daughters have been running the company since he resigned in January.

“The incident was caused by personal grievances. It didn’t affect any third party or the company’s business operations,” the drugmaker said in statement to the Shenzhen Stock Exchange Wednesday, responding to a request for clarification.

Founded in 2005, the Harbin-based Sunflower Pharmaceutical produces and sells patent medicines, chemical drugs and biopharmaceuticals for the domestic market. The company reported a net profit attributable to shareholders of 563.3 million yuan in 2018, up 32.9% year-on-year, on revenue of 4.5 billion yuan. Over three quarters of its revenue came from Chinese patent drugs.

The company went public in 2014, when Guan and his ex-wife Zhang Xiaolan, also a co-founder of the company, held 75.73% of the company together, according to its prospectus.

In 2017, when the pair divorced, Zhang Xiaolan transferred her holdings to Guan and resigned as chairwoman and vice general manager of the company. The company didn’t disclose details of the transfer.

Guan’s two daughters, Guan Yi and Guan Yuxiu, took the helm of Sunflower shortly after he departed in January for what were described as “age-related” reasons.