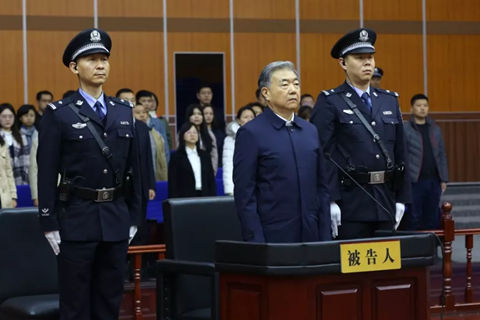 Wang Sanyun, former Communist Party chief of the northwestern province of Gansu, was sentenced to 12 years in prison and fined 4 million yuan ($595,894) for taking bribes totaling more than 66 million yuan, a court in Zhengzhou ruled on Thursday, state-run CCTV reported.

According to the court, Wang took advantage of his positions and illegally received an “extremely huge amount” of bribes. However, the court decided to reduce Wang’s penalties as he voluntarily disclosed criminal details not known by regulators and provided evidence for “other serious cases,” on which the court didn’t elaborate. Wang has also returned all illegal gains, the court said.

Wang was once known as the “King of Gansu” among people familiar with the area’s officialdom, reflecting his enormous power.

Gansu is one of the country’s poorest and most rural provinces. Earlier inspections performed in the area by China’s disciplinary watchdog detected a political environment that was “severely damaged,” the watchdog said.