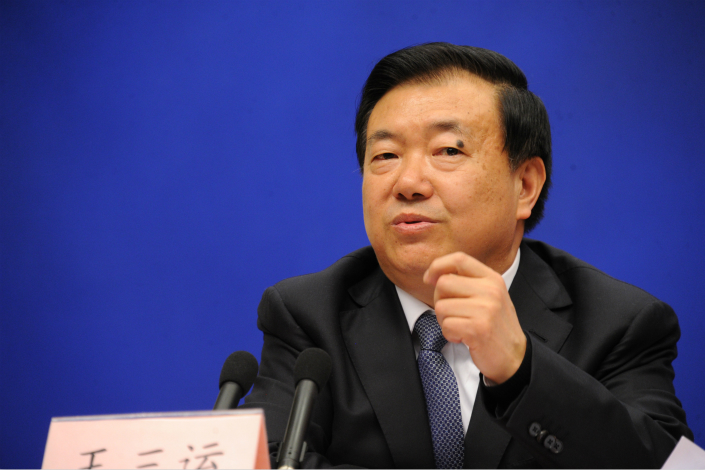 (Beijing) — The former Communist Party chief of the northwestern province of Gansu has been taken into custody on corruption charges, China’s top anti-graft agency announced Tuesday.

Wang Sanyun, 65, who is a deputy head of a committee under the National People’s Congress, China’s top legislature, is under investigation for serious violations of party discipline — a party euphemism for corruption — according to a statement from the Central Commission of Discipline Inspection (CCDI).

CCDI investigators took away Wang and his longtime former secretary, Tang Xinghe, according to several people briefed on his detention.

An investigation into Wang uncovered alleged illicit land deals in the high-tech area of the provincial capital of Lanzhou, the sources said. Among those implicated were Wang’s son and a property developer from the eastern province of Zhejiang who was a longtime associate of the NPC member.

Wang is the 15th member of the 200-person Central Committee of the ruling Communist Party of China to fall to the anti-corruption campaign launched by President Xi Jinping in 2012.

Wang, who had served in senior posts in several provinces, including eastern China’s Anhui and Fujian, was Gansu’s party secretary from December 2011 until April, when he was appointed a vice chairman of the NPC’s Education, Science, Culture and Public Health Committee.

He was last seen in public late last month when he attended an NPC Standing Committee meeting in Beijing.