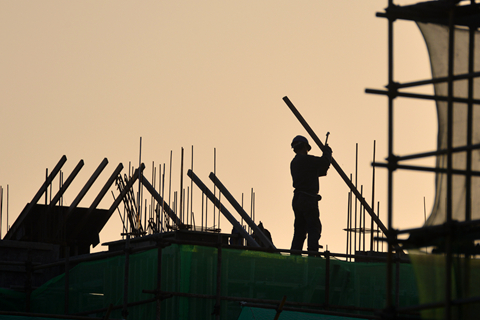 The total debt of local governments would amount to more than 70% of the country’s gross domestic product (GDP) in 2018. Photo: VCG

The government of the western China city Xianyang illegally borrowed 1.14 billion yuan ($170 million) off the books, according to Shaanxi Province authorities. It is another example of trillions of yuan of hidden local government debt that China is working to clean up.

The Administration Committee of the Xianyang High-Tech Zone illegally borrowed the funds from two local government financing vehicles (LGFVs) for infrastructure projects between August 2017 and August 2018, the Shaanxi Provincial Finance Department said in a statement.

The borrowing occurred after the National Financial Work Conference in July 2017, an important finance meeting held every five years. The 2017 session was led by President Xi Jinping, who designated attacking the debt issue in a speech as the leadership’s top priority.

Nine officials of the Xianyang administration committee and the two LGFVs were put under investigation or given formal warnings or verbal reprimands, the Shaanxi Provincial Finance Department said. In the next step, the government and regulators will punish the financial institutions that provided guarantees for the illegal borrowings, the department said.

Since 2017, China has stepped up efforts to hold local governments accountable for illegal borrowings through LGFVs, companies set up specifically to fund local government spending outside the government’s budget.

Local governments in 14 cities and provincial-level regions have been named and shamed by the Ministry of Finance for illegal borrowing since the Qianjiang district in the southwestern metropolis of Chongqing became the first target in early 2017.

There have been no official data on off-the-books debt, but many authorities have estimated that such unofficial liabilities of most provinces could be around 2.5 times their on-the-books borrowing, which stood at nearly 18.4 trillion yuan at the end of last year. Added together, the total debt of local governments would amount to more than 70% of the country’s gross domestic product (GDP) in 2018.

Economists from investment bank Nomura International (Hong Kong) Ltd. estimate that the hidden local government debt amounted to around 40 trillion yuan as of the end of last year, and the interest payments alone could reach 600 billion yuan in 2019.

A huge chunk of the hidden debt lies with LGFVs. The financial strain on LGFVs has grown since the national government’s multi-year campaign to contain financial risk has cut off many financing channels for these companies, raising their risk of default.

Analysts at Beijing-based investment bank CICC warned that many LGFVs might be unable to repay maturing debts and interest coming due within one year from their operating cash flow.