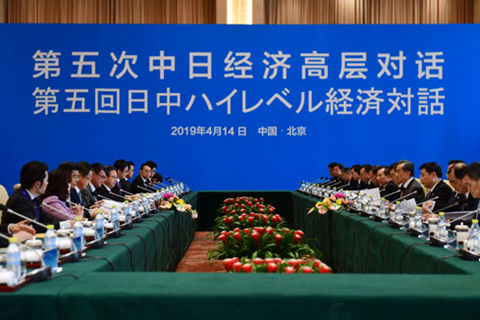 Japan will send a “high-level delegation” to the second Belt and Road Forum in China later this month, Japanese officials agreed during high-level talks between the two countries this weekend.

Japanese officials said they will attend in order to expand their cooperation in Belt and Road-related fields. Minister of foreign affairs Wang Yi said the dialogue over the weekend was “constructive,” though China expects Japan to participate in the Belt and Road Initiative with a “more positive and clear” manner.

Japan has not specified who they will send to the forum. Though the U.S. has – the Ministry of Foreign Affairs said Friday that White House adviser Matt Pottinger will lead a delegation to the event. Pottinger also led the U.S. delegation to the first Belt and Road Forum, which took place in Beijing in 2017.

During a high-level conference in March, Wang said the Belt and Road Forum will be the “most important” diplomatic event in China this year.