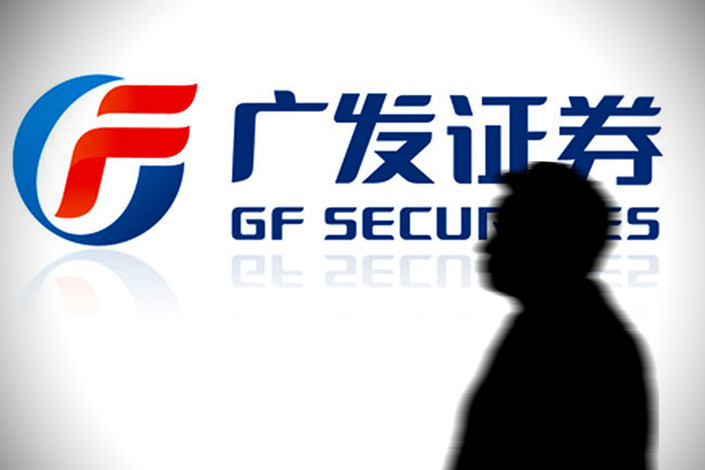 GF Securities announced on Monday that it had received a written letter of resignation from Tang Xiaodong, the CEO of one of its Hong Kong units. Photo: IC

Shenzhen- and Hong Kong-listed GF Securities Co. Ltd. announced Monday that the CEO of one of its Hong Kong subsidiaries has resigned after one of its hedge funds took a huge loss that blew a hole in the brokerage’s bottom line last year.

Tang Xiaodong, who also served as deputy general manager of GF Securities, has stepped down and left the company for personal reasons, GF Securities said in a statement Monday. Tang joined the firm in May to lead GF Holdings (Hong Kong) Corp. Ltd., which had set up a hedge fund, GTEC Pandion Multi-Strategy Fund SP, through a subsidiary. The fund — registered in the Cayman Islands in 2016 — reported a loss of $139 million in 2018, mainly on foreign exchange trades, leaving the fund with a negative net value of $44 million at the end of 2018.

The unit’s loss also contributed to the brokerage’s net profit plunge in 2018. GF Securities earned 4.3 billion yuan ($641 million yuan) in net profit attributable to owners of the company, a 50% drop from 2017, according to its financial report.

The Guangdong branch of the China Securities Regulatory Commission (CSRC) also blasted GF Securities for failing to properly manage risk from the unit’s overseas subsidiaries. The regulator last month issued an administrative order requiring the brokerage to examine its internal operations and risk control mechanism — and rectify any problems.

The company’s announcement about Tang’s resignation did not mention the hedge fund or the loss.

Tang, 50, had worked at the CSRC for over five years, first as a senior advisor and later as a deputy director of the international affairs department. In 2014, he left the CSRC for China Asset Management Co. Ltd., before joining GF Securities last year to lead the brokerage’s unit in Hong Kong.

Tang obtained master’s degrees in physics and computer science from Drexel University and an MBA from the University of Chicago. In the U.S., he also managed credit derivatives trading at J.P. Morgan, ABN AMRO Bank and Royal Bank of Scotland.