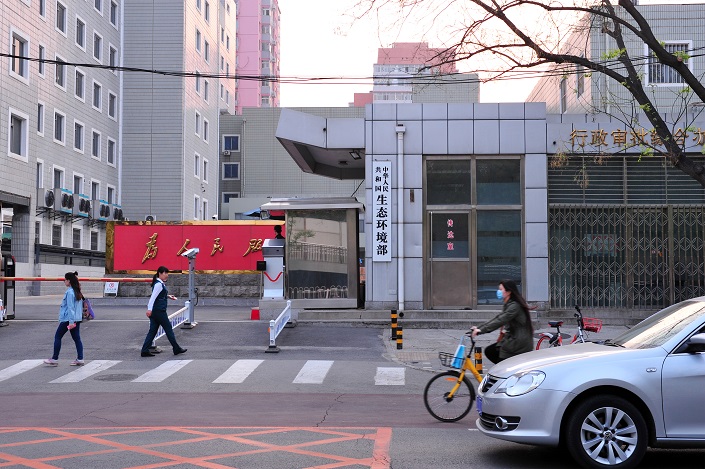 The Ministry of Ecology and Environment. Photo: IC

China is pushing to restore morale at a prominent science institute after a longtime leader of the organization was placed under investigation for suspected corruption.

Meng Wei was head of the Chinese Research Academy of Environmental Sciences for 15 years, during which he turned an important water pollution project into a tool for his personal gain, according to an article in a high-profile Communist Party journal.

The journal, China Disciplinary Inspection, encouraged disgruntled staff to put its faith back in the Academy, which is overseen by the Ministry of Ecology and Environment (MEE). No one will again be a subject of Meng’s bureaucratic “kingdom,” isolated from laws and the central government, the article said.

Meng’s driver, the journal said, became the Academy’s de facto “deputy head” due to his close relationship with Meng. Younger employees less connected to Meng, sources close to the matter told Caixin, could only “obey” dictates from above and had little opportunity to propose their own ideas.

The article quoted MEE chief Li Ganjie, speaking in an internal meeting, who said staff efforts had been wasted because of Meng’s flawed leadership.

In 2018, Meng was removed from his posts and expelled from the Communist Party under charges of disciplinary violations and corruption.

Related: Environmental Crime Arrests Jumped By Half in 2018