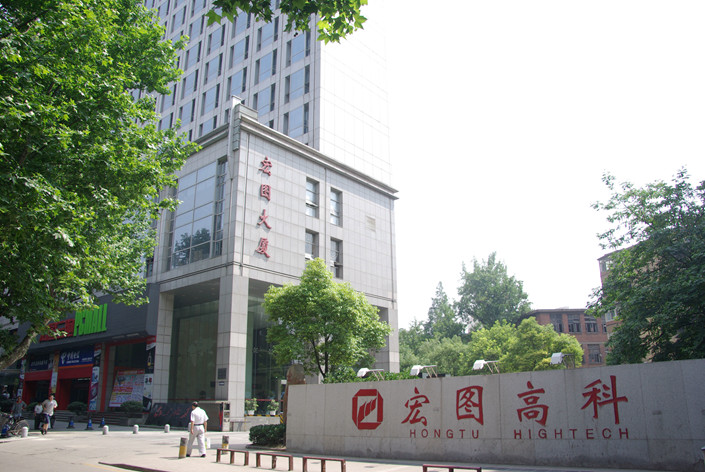 Electronics manufacturer Jiangsu Hongtu High Technology Co. Ltd. has been punished for falsely claiming that investors had agreed to extend the repayment period for a bond it subsequently defaulted on, a scandal that sent shockwaves through the interbank market late last year.

This week, the Shanghai-listed company was hit with a one-year ban on issuing debt instruments by the National Association of Financial Market Institutional Investors (NAFMII), a central bank-backed body that oversees the interbank market. The lead underwriter of the bond, China Citic Bank Corp., was publicly censured for turning a blind eye to the release of false information, receiving a “criticism through circulation of a public notice,” NAFMII said in a statement on Monday.

Jiangsu Hongtu was due to repay a 700 million yuan ($105 million) three-year medium-term note plus 42 million yuan of interest on Nov. 25. On the night of Nov. 26 it announced that it had reached agreement with all investors to extend the repayment, although it didn’t provide any details. But on the evening of Dec. 10, the company issued a separate statement that it had defaulted on the note, and the following day it announced that it could not repay a 600 million yuan, 270-day commercial paper or the 33.75 million yuan of interest due.

Caixin has learned that before the Nov. 26 announcement, Jiangsu Hongtu and China Citic Bank organized a meeting with bondholders to postpone redemption of the medium-term note, a move that contravened regulatory compliance procedures. The five-hour meeting was heated and ended in deadlock, with no agreement from investors to extend the repayment period, several bondholders said, even though a senior regulatory official who attended the meeting urged them to “consider the overall situation.”

Chinese regulations stipulate that companies who fail to repay a bond issue on time must post a default announcement on the same day the debt is due to be repaid and the lead underwriter must make a statement within two working days. But neither Jiangsu Hongtu nor China Citic Bank, one of the country’s leading investment banks, followed the rules. The failure could affect bondholders’ ability to pursue compensation through the courts, one investor told Caixin.

Jiangsu Hongtu is controlled by privately owned property-to-pharmaceuticals conglomerate Sanpower Group, which has run into trouble after loading up on 63 billion yuan ($9.2 billion) of debt to finance an aggressive expansion strategy at home and overseas that included the purchase of House of Fraser, the British department store operator.