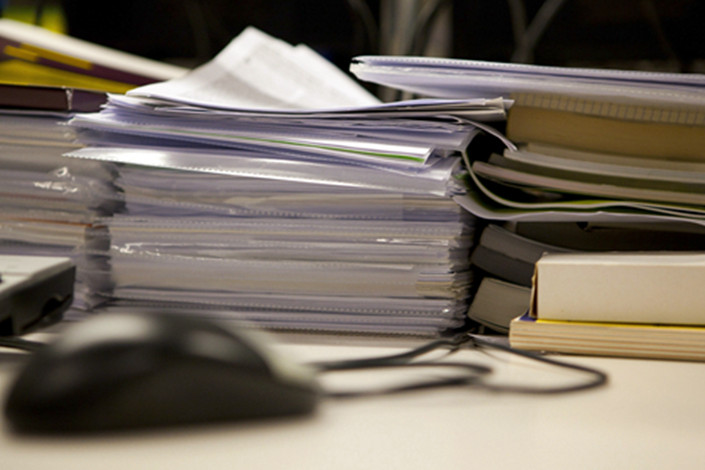 The former head of the PLA's Institute for Disease Control and Prevention has had his doctoral degree revoked due to plagiarism. Photo: IC

The former director of the People’s Liberation Army’s Institute for Disease Control and Prevention has been stripped of his doctorate due to plagiarism, according to a notification from the university seen by Caixin.

Portions of Huang Liuyu’s 2007 doctoral thesis were found to have been copied from another student’s thesis that had been turned in several years earlier, which the Army Medical University said constituted “academic misconduct.”

Chinese academia’s plagiarism problem came into the spotlight again recently when actor Zhai Tianlin was accused of plagiarism and dishonesty in obtaining academic qualifications from the Beijing Film Academy. He was removed from a program at the prestigious Peking University’s Guanghua School of Management in February following a stern statement from the Ministry of Education. Last September, once highly-respected college professor Han Chunyu was caught on tape discussing providing thesis ghostwriting services to masters and doctoral students.

Huang, 57, was formerly in charge of the branch of China’s military that handles disease prevention and control and has tackled major epidemics and public health emergencies. He obtained his master’s degree from the Academy of Military Medical Sciences and his doctorate from the Third Military Medical University, now known as the Army Medical University. While working for the military, he mainly focused on researching biosafety and the management of disease.

According to public information, he is or has been a member of the Chinese Preventive Medicine Association, the Translational Medicine Specialties Committee, and the China Health Inspection Association. He has published more than 70 papers in publications listed on the Science Citation Index, and his 2014 paper on disease monitoring systems, prevention, and control won a military award for scientific and technological advancements. The Army Medical University told Caixin that it was unsure where Huang is working now.

Recently, government organs have issued guidelines to crack down on academic misconduct and thesis fraud. In September, the Central Military Commission’s Science and Technology Commission published guidelines urging defense researchers to avoid forgery and plagiarism in their work. The State Council has also issued guidelines to improve China’s track record in scientific research. The Ministry of Science and Technology (MOST) and the Chinese Academy of Social Sciences were designated to take the lead in managing integrity in research in science and social sciences. The new policy instructed MOST to formulate a “blacklist” of poor quality academic journals.

The military’s Institute for Disease Control and Prevention was founded after the SARS outbreak in 2003 and is a branch of the Academy of Military Medical Sciences. In addition to health and disease monitoring, policy consultation, and supervision, it is also tasked with developing defenses against nuclear, biological, and chemical pollution.