‘Avengers: Endgame’ Has Made 400 Million Yuan in China – And It’s Not Even Out Yet 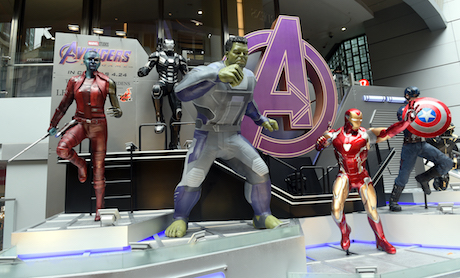 Marvel’s “Avengers: Endgame” hit 400 million yuan ($59.69 million) in ticket sales on Friday, according to Chinese box office monitoring platform Maoyan – and it hasn’t even been released yet.

The previous installment of the franchise, “Avengers: Infinity War,” which was released in China last year, had not made 400 million yuan until roughly 20 hours after its mainland debut, including the money made from presale tickets, Maoyan data shows.

Cinemas on the Chinese mainland began selling presale tickets for this year’s “Avengers" on April 12, and seized over 131 million yuan that day alone.

It’s an impressive showing – but altogether not a huge surprise for Marvel fans in China. Reports circulated widely last weekend that third-party ticket companies were selling tickets to the film’s April 24 premiere in Shanghai for over 460 yuan.

Tickets for non-IMAX tickets on opening night in Beijing’s trendy Sanlitun district are now priced at just under 150 yuan – slightly higher than other blockbusters’ premiere prices, according to leading ticket platform Gewara.

Related: Hollywood Blockbusters Do Better in China Than U.S. in Recent Weeks