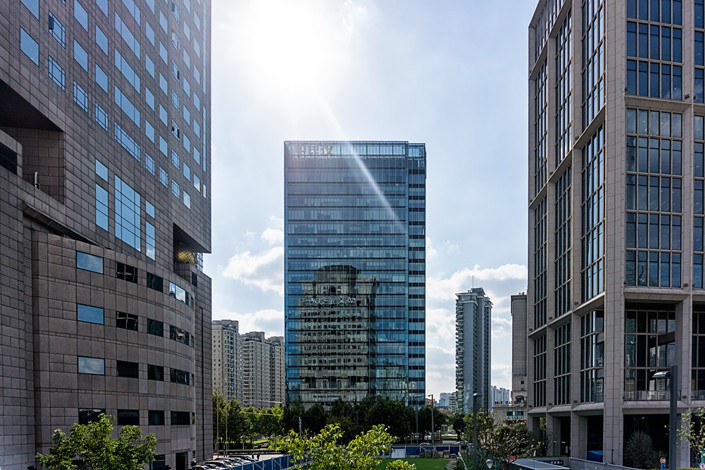 Debt-mired private investment conglomerate China Minsheng Investment Group Corp. Ltd. (CMIG) has found itself in trouble with creditors — this time with a cross default on $800 million in dollar bonds.

The cross-default clauses were set off by an early redemption clause getting triggered earlier in the month on 4.3 billion yuan ($641 million) of loans owed by CMIG subsidiary Yida China Holdings Ltd, the filing said. On April 10, Yida China issued a notice stating that earlier freezes on CMIG’s assets had triggered the early redemption clause on its loans, which allowed lenders to demand immediate repayment.

Typically, a cross default clause is a provision in a bond or loan agreement that puts a borrower in default if it defaults on another obligation. In effect, defaulting on one bond or loans causes the borrower to default on all bonds or loans covered by such clauses.

CMIG also said that multiple other payment defaults contributed to triggering the cross default, including a privately placed note whose payment date CMIG announced it had to push back from April 8 to April 19.

CMIG, which has assets in fields ranging from solar power to real estate and finance, is struggling to pay off the estimated 233 billion yuan ($35 billion) in total liabilities it had by the end of September, according to Hithink RoyalFlush Info. In February, the conglomerate admitted that it was going through a “strategic transformation” and was selling assets that it “no longer considered suitable for the company’s strategic direction.”

To resolve its current liquidity problems, CMIG has set up a special management committee consisting of shareholder representatives, its board of directors, its board of supervisors, and members of senior management, it said in the filing.

In addition, some creditors have won court orders to freeze some of CMIG’s assets. As of April 4, a total of 2.96 billion yuan of its assets have been frozen, accounting for about 3.85% of its net assets, the company said in an announcement (link in Chinese). CMIG said that the frozen assets wouldn’t have much of an impact on its operations.

Also on Thursday, S&P Global Ratings downgraded Hong Kong-listed Yida China’s credit rating to “CCC” from “CCC+” due to its weaker liquidity as debt becomes repayable on demand. Yida China had an unrestricted cash balance of 1 billion yuan as at the end of 2018, compared with 12.7 billion yuan in current liabilities, S&P Global said in a statement to the media.

Founded in 2014, CMIG racked up much of its debt during an earlier spending spree. CMIG International Holding Pte. Ltd., its international investment arm, spent $2.5 billion in 2016 to acquire Bermudan insurer Sirius International Insurance Group Ltd., which went public on the Nasdaq in November.

However, CMIG has started to sell off assets, the company said earlier this year, as its ambitious credit-fueled expansion strategy unraveled. The group’s expansion was heavily dependent on short-term loans from banks and on bond sales. At the end of 2017, its debt topped 170 billion yuan, according to Hithink RoyalFlush Info. By the end of September 2018, its liabilities had surged a further 36% to 233 billion yuan.