By Tang Ziyi and Wang Luyao 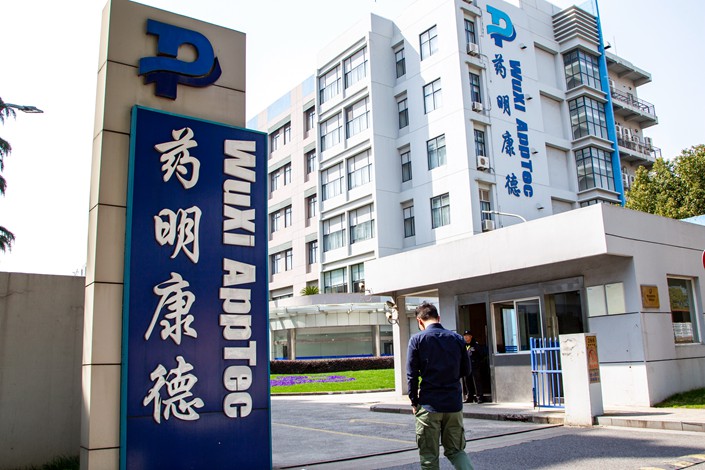 The Shanghai headquarters of WuXi AppTec on March 12. Photo: IC

The company’s Shanghai unit will buy the remaining 15% stake of STA Pharmaceutical for as much as 311 million yuan ($46.4 million), the company said in a filing (link in Chinese) to the Shanghai Stock Exchange on Friday.

The unit delivers small-molecule, active pharmaceutical ingredients — the active components of medicines — and drug product solutions to clients across the globe.

The transaction is intended to help STA Pharmaceutical to focus on its long-term development strategy and increase the efficiency of its business operations, AppTec said.

The deal came after the subsidiary delisted last month from the National Equities Exchange and Quotations (NEEQ), China’s over-the-counter stock market. Founded in 2012, the NEEQ was designed to be a cradle for startups and midsize companies to grow and then graduate to list on main boards.

AppTec is a unit of the formerly U.S.-listed WuXi PharmaTech (Cayman) Inc., which privatized in 2015 due to lack of interest from American investors. The biotech star is among an emerging group of fast-growing Chinese biotech firms that are tapping financial markets both at home and abroad as investors bet on their potential.

AppTec made similar headlines in May, when it became China’s first drugmaker to list in Shanghai under an expedited listing process aimed at bringing more high-growth, high-quality companies to Chinese investors.

AppTec last month reported a strong annual performance in 2018 as China speeds up approvals for new drugs to shorten the innovation distance with developed markets. Its net profit increased 84.2% to 2.3 billion yuan last year, on revenue of 9.6 billion yuan.

Yang Ge contributed to the report.