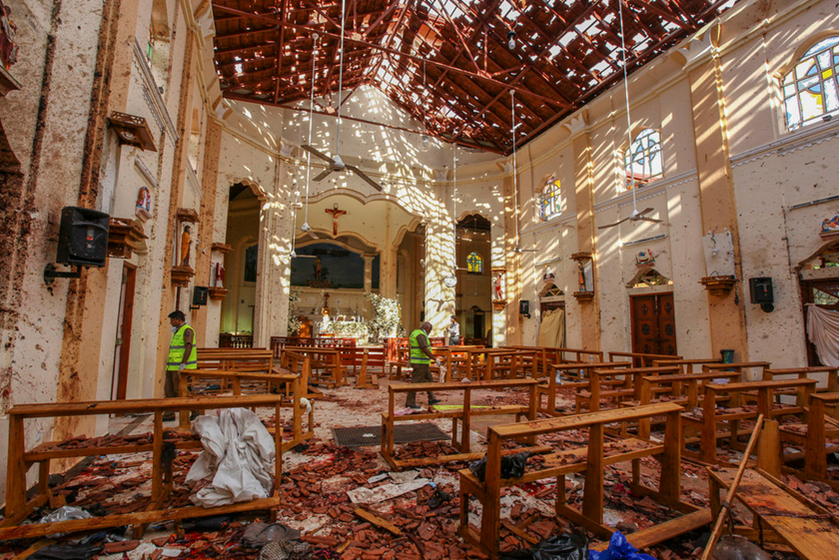 Debris litters the floor of St. Sebastian’s Church on Sunday following the bombing there in the city of Negombo, north of the Sri Lankan capital of Colombo. Photo: IC 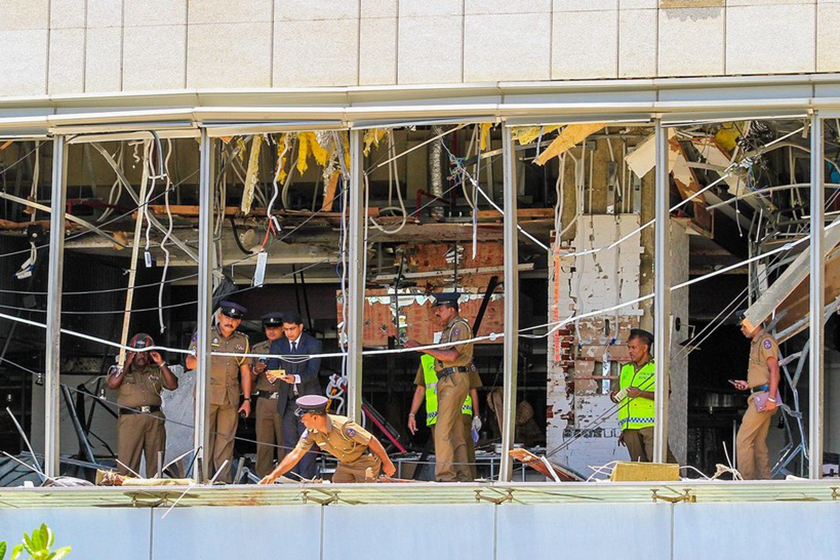 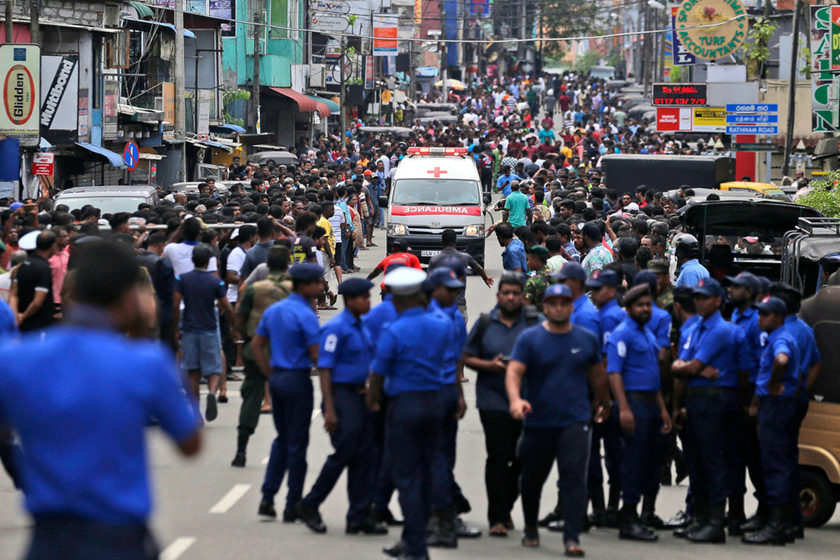 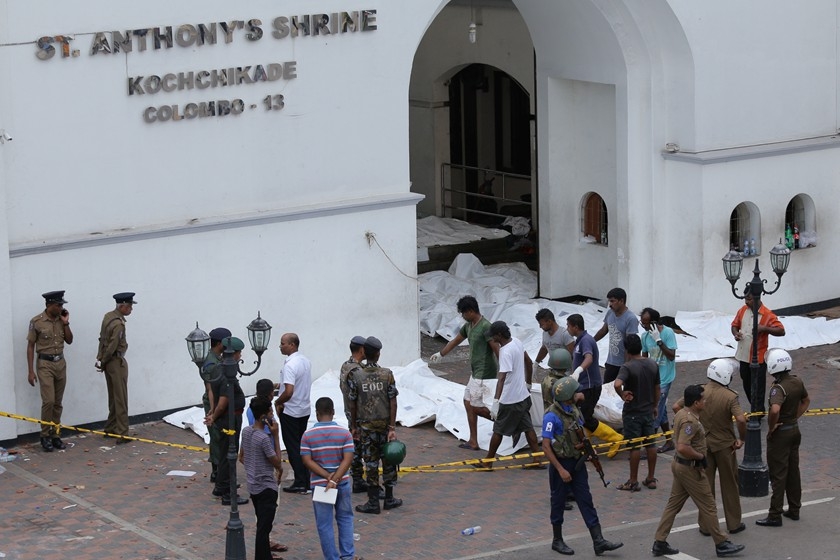 Worker lay out the corpses that still need to be identified outside of St Anthony’s Shrine on Sunday. The shrine was one of several places of worship that were bombed in Sri Lanka on Easter, Christianity’s most important holiday. Photo: IC 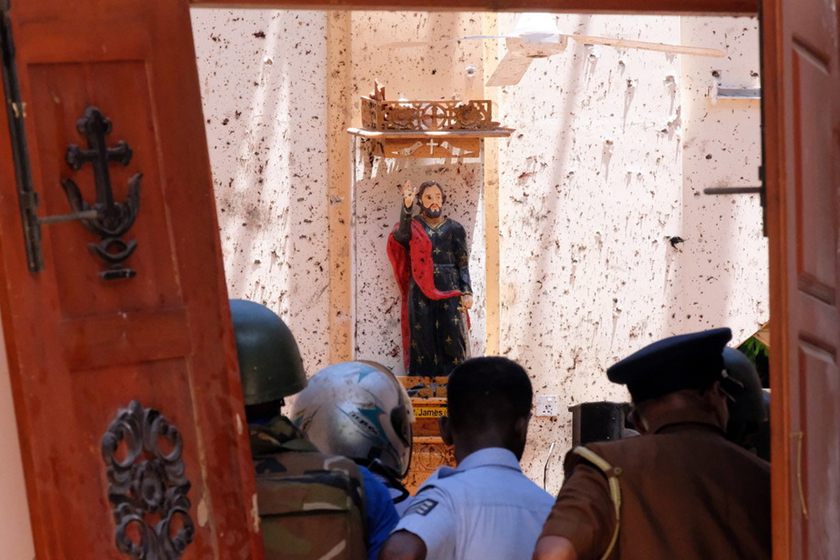 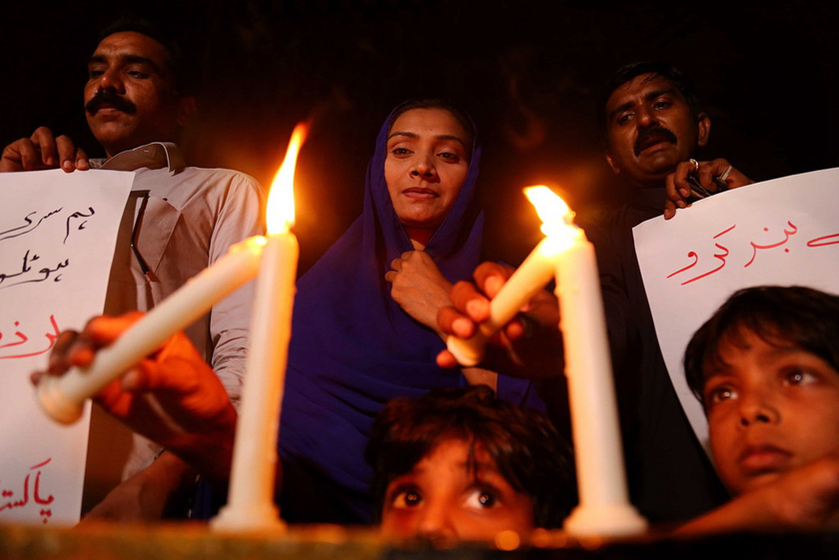