By Wu Hongyuran and Wu Gang 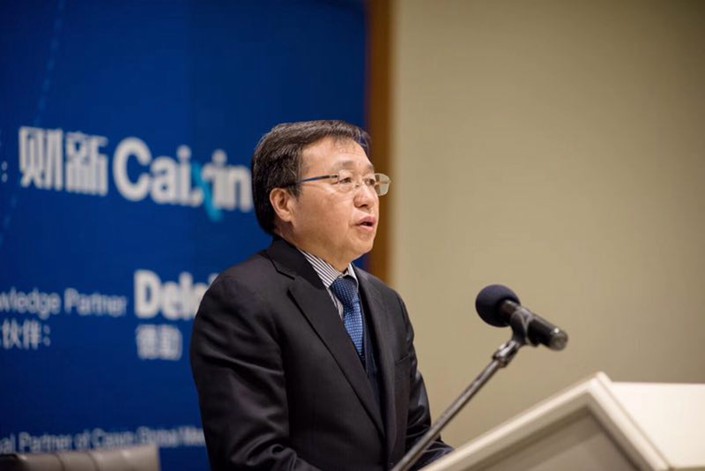 Chen Siqing, then chairman of the Bank of China, speaks at a roundtable hosted by Caixin in Johannesburg, South Africa, on July 24, 2018. The roundtable coincided with the annual BRICS summit. Photo: Caixin

The world’s largest bank has a new top official, filling a position that has been vacant for three months.

Chen Siqing, who until recently was the chairman of Bank of China, was appointed Monday as the next head of the state-owned Industrial and Commercial Bank of China (ICBC), the world’s largest bank by revenue and profit, Caixin has learned.

Chen is also expected to be named ICBC’s next chairman, Caixin has learned.

It’s common for top bankers to be shuffled through senior positions at the top state-owned commercial banks — ICBC, Agricultural Bank of China, Bank of China, China Construction Bank and Bank of Communications. Some bank officials also end up getting appointed to financial regulators such as the central bank, the CSRC and the China Banking and Insurance Regulatory Commission.

Former Bank of China Chairman Tian Guoli, for example, became chairman of China Construction Bank in July 2017 as Chen took over his job.

ICBC branch heads across the country received a summons Friday night to attend a meeting in Beijing on Monday. Sources said earlier that the authorities would announce at the meeting that the 59-year-old Chen would become ICBC’s Communist Party chief.

Chen joined the Bank of China in 1990 and worked for the bank until his recent appointment. In 2002, he was tasked with managing the bank’s risks and bad loans as the general manager of risk control. In 2005, he became the head of the bank’s Guangdong provincial branch. In 2008, he was promoted to be a vice president and in 2011 took on the additional role of nonexecutive director of the bank’s Hong Kong branch.

People close to Chen said he is a politically sophisticated straight-shooter. He has strong knowledge of the banking business and is good at making hard decisions, the sources said.

In 2014, Chen won out as the second-ranking vice president to become president of Bank of China. He was promoted to chairman in July 2017.

In another development, Caixin has also learned that Fan Dazhi, Bank of China’s 54-year-old discipline inspection chief, who was dispatched to the bank by the Communist Party’s Central Discipline Inspection Commission, has been chosen to head the powerful disciplinary body’s team at the CSRC.