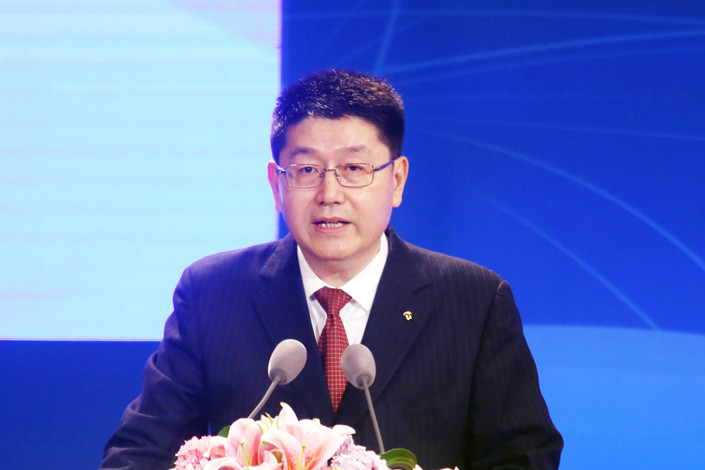 Peng Chun is former chairman of the Bank of Communications. Photo: IC

China has appointed a veteran banker to fill the chair of its biggest sovereign wealth fund.

Peng Chun, former chairman of the Bank of Communications Co. Ltd. — one of the country’s “Big Five” state-owned commercial lenders — has been appointed chair of China Investment Corp. (CIC), which manages part of the investment of the nation’s foreign exchange reserves, Caixin has learned. The post had been unoccupied for over two years.

CIC is the world’s second-largest sovereign wealth fund by assets, after Norway’s Government Pension Fund Global, according to the Sovereign Wealth Fund Institute, a data provider.

It is understood the ruling Communist Party’s top organization department, which oversees high-ranking personnel moves, announced the appointments at CIC’s headquarters in Beijing on Tuesday morning.

Peng, 57, has spent most of his career at the Bank of Communications. Colleagues described him as having a calm disposition. Peng made significant changes to the bank’s major businesses and personnel after he was promoted to chair in early 2018, Caixin has learned. He has previous experience at CIC, where he served as a vice president from 2010 to 2013.

Ju, 55, joined CIC in April 2015. His career was forged climbing up the ranks of state-owned conglomerate Citic Group Corp. Ltd. In 2010, he became a vice president and chief financial officer of the group, whose businesses include finance, property, energy and resources. Former colleagues who spoke with Caixin described him as low-profile and professional. Ju has good English skills and a deep understanding of accounting systems and financial markets at home and abroad, they said.

Tu, Ju’s predecessor, is retiring at 60. Before joining CIC in 2016, he was executive vice mayor of Shanghai, overseeing the metropolis’ economic and financial issues. He previously held positions at the China Securities Regulatory Commission, the nation’s top securities watchdog, and the People’s Bank of China, its central bank.

CIC was founded by the Ministry of Finance in 2007 to diversify the investment of China’s foreign exchange holdings, which have totaled more than $3 trillion in recent years. The company held total assets of $941.4 billion at the end of 2017, nearly five times its initial registered capital of $200 billion, according to its latest annual report. It posted its best annual performance that year with a 37.5% increase in net profit, partly thanks to record returns from overseas portfolios.

“CIC’s overseas investments are not welcomed everywhere. People worry about whether we have any political purposes,” former CIC chairman Lou Jiwei previously told Caixin. “The proportion of (our) investments is limited, and (we) need to be subject to various kinds of scrutiny.”