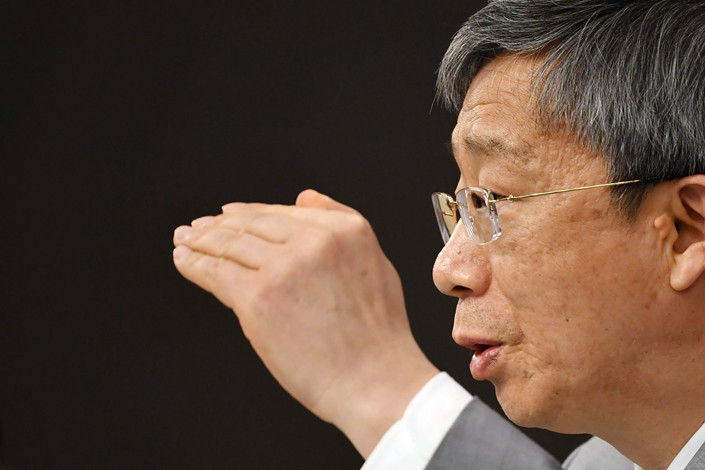 Chinese financial institutions have so far provided a total of more than $440 billion for Belt and Road projects, Yi Gang, governor of the People’s Bank of China, said in a speech at the second Belt and Road Forum. The money was raised in a variety of ways, including sales of offshore funds, equity financing in the Chinese capital market and the issuance of yuan-denominated bonds in China by foreign governments and companies involved in the initiative, he said.

The Belt and Road was first proposed by President Xi Jinping in 2013 with the stated aim of developing global transport and trade infrastructure using Chinese expertise and financing. The initiative has been praised for promoting global trade — an October World Bank report estimated that it will reduce the world’s average shipment time by up to 2.5% and lower aggregate trade costs by 1.1% to 2.2%. However, it has also triggered concerns over the debt burden it may add to investors who jump in without adequate research and to countries receiving the credit-driven investments.

One example of the supposed perils of Belt and Road projects frequently cited by critics is Sri Lanka’s Chinese-financed and developed Hambantota Port. After debts spiraled out of hand, the Sri Lankan government was forced to hand over control of the port to state-owned China Merchants Port Holdings Co. Ltd. on a 99-year lease.

Addressing such concerns, Yi said China will begin to take a more open and market-based approach to financing projects, reducing the amount of funds granted on favorable concessional terms by the government and relying mainly on commercial funds and private sector investment.

“We will strengthen the debt and risk control to ensure sustainable development,” he said. “Investment and financing decisions must fully consider participants’ capital constraints to design the financing structure in a reasonable manner and put risks under effective control. They must also fully consider a country’s overall debt capacity … to ensure debt is sustainable.”

Finance Minister Liu Kun said at the same forum that China will build a “debt sustainability analysis framework” to prevent risks from growing out of control. Chinese financial institutions, Belt and Road participant countries and international organizations will be encouraged to use the tool — which will tap the World Bank and the IMF’s research into low-income nations’ debt capacity — to improve their investment decision-making and risk management, he said.

Liu’s comments won praise from Lagarde, the IMF’s managing director who is attending the forum in Beijing.

“This focus on long-term success and debt sustainability as well are two very welcome steps in the direction of building safe and long-standing projects that will bring prosperity,” she said in a speech after Liu spoke.

By April 12, 126 countries and 29 international organizations have signed agreements with China to cooperate under the initiative’s framework, according to official data (link in Chinese). The country will host 37 heads of state and government for the second Belt and Road Forum, which runs for three days, starting on Thursday.

Ke Baili contributed to this story.