TRENDING
Exclusive: Another PBOC Official Is Under Probe, Possibly Tied to Third-Party Payment
IPhone Manufacturer Gets Into Electric Cars Via Fiat Venture
Investors Cash Out of Online Lender Qudian’s After Guidance Withdrawal 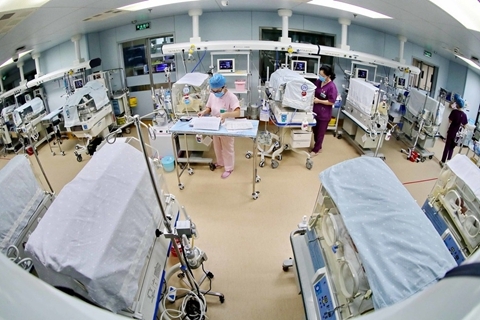 Local health authorities launched an investigation of one of the biggest public hospitals in Shunde, Guangdong province, after reports of abnormal deaths of newborns, the hospital said in a statement.

News circulated online that at least three babies died of similar abrupt diseases at the Shunde Hospital of the Southern Medical University just few days after they were born.

A person claiming to be one of the babies’ fathers wrote online that his child was healthy before suddenly showing symptoms of infection. The father said he suspected that negligence by hospital staff caused the infection.

The father also accused Shunde Hospital of concealing the death of the babies and falsifying their medical records, an allegation denied by a doctor at the hospital.

Shunde Hospital said in a statement published on its official social media account that it reported related information to authorities and awaits the result of the investigation.