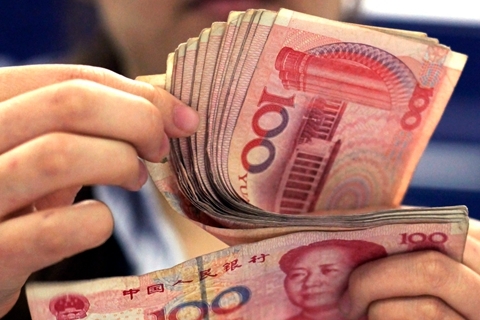 The amount of outstanding loans to small businesses at China’s five largest state lenders rose to 1.99 trillion yuan by the end of March, up nearly 17% from the end of 2018. Photo: IC Photo

Chinese banks extended more loans at lower interest rates to small businesses in the first quarter, driven by a series of supportive policies, banking regulators said Thursday at a news briefing. At the same time, central bankers defended China’s monetary policy as “neither too tight nor too loose” and vowed to continue encouraging lending to small enterprises.

The amount of outstanding loans to small businesses at China’s five largest state lenders rose to 1.99 trillion yuan ($295.7 billion) by the end of March, up nearly 17% from the end of 2018, said Zhu Shumin, vice chairman of the China Banking and Insurance Regulatory Commission (CBIRC), at a routine policy briefing held by the State Council, China’s cabinet.

The results suggested that the government’s campaign to expand credit to the private sector is bearing fruit. To bolster growth in a cooling economy, the People’s Bank of China (PBOC) since last year has rolled out a series of measures to encourage lending to small businesses, including cutting the reserve-requirement ratio five times since January 2018 and providing lower-cost liquidity to banks through targeted policy tools.

The rapid rise in lending and the central bank’s increased open market operations recently raised concerns that the central bank was flooding the market with liquidity and risking a jump in bad loans in the future. In response, the central bank re-emphasized its stance on pursuing a prudent monetary policy.

China’s total social financing (TSF), a broad measure of credit and liquidity in the economy, grew by a net 2.86 trillion yuan in March, much higher than expected and significantly more than the month before, data from the central bank showed.

On Wednesday, the PBOC injected 267.4 billion yuan through its targeted medium-term lending facility (TMLF) to some large and midsize banks that have provided credit support for small businesses in the first quarter.

Nonetheless, the central bank has no intention of tightening or loosening monetary policy, said Liu Guoqiang, one of the deputy governors of the PBOC, at the briefing. He said it is normal for the central bank to adjust short-term liquidity through open-market operations.

“We don’t want to see a shortage of liquidity, nor do we want to see a flooding of liquidity,” Liu said. “The use of reverse repos or the medium-term lending facility (MLF) does not signal changes of general direction in the monetary policy, but just an adjustment of short-term liquidity.”

Commenting on the PBOC’s most recent TMLF operations, Sun Guofeng, head of the PBOC’s monetary policy division, said Thursday that such operations are based on banks’ needs and increased lending to small and private firms, and normally are conducted in the fourth week of the first month after every quarter.

Chinese authorities pledged to continue its supportive policy for the private sector, aiming to expand the big five state-owned banks’ lending to small businesses by at least 30% this year and to lower lending costs by 1 percentage point, Liu said.

The five state-owned banks — Bank of China, Industrial and Commercial Bank of China, China Construction Bank, Agricultural Bank of China, and Bank of Communications ― accounted for nearly one-fifth of total small-business lending in China and reached more than half of their annual targets for small business loans, Zhu said.

With respect to concerns on the risk banks face, Li Junfeng, head of the financial inclusion department of the CBIRC, said banks are not encouraged to set interest rates for small enterprises below the benchmark lending rate. Commercial banks are encouraged to set their rates based on the principle of “staying slightly profitable and commercially sustainable,” Li said.

If banks can control risks with a bad loan ratio of less than 3%, their interest rates should be between 5% and 5.7% to break even, Li estimated.

In addition to interest costs, small businesses also face other intermediate expenses when getting loans, such as guarantee, evaluation and notary fees. The CBIRC requires that banks should not charge additional fees without providing actual services.

Li called for local governments to take measures to eliminate such additional fees for small businesses or provide subsidies.