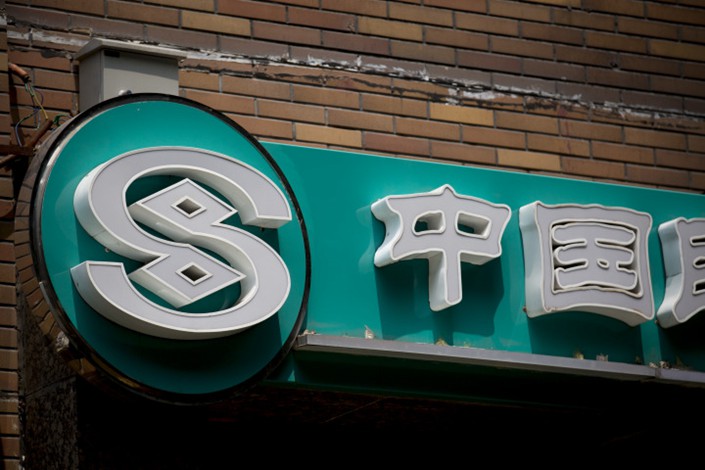 nullMinsheng Bank didn’t directly address whether it was the subject of the Wednesday regulatory notice, adding that it will step up self-inspection and compliance management. Photo: Bloomberg

(Bloomberg) — China Minsheng Banking Corp. is the unidentified lender that was the subject of a Hong Kong regulatory warning about risky lending practices, according to people with knowledge of the matter.

Hong Kong’s securities regulator and central bank said late Wednesday that they had inspected the local unit of a Chinese bank and found that it had entered into transactions that “make it difficult to conduct rigorous risk assessment.” They were referring to Minsheng Bank, the people said, asking not to be identified because the details aren’t public.

Shares in Minsheng Bank unit CMBC Capital Holdings Ltd. fell as much as 7.1% in Hong Kong on Thursday after shareholder activist David Webb on his blog linked the firm to the regulators’ announcement. In October, Webb named Minsheng Bank and CMBC among 26 stocks “not to own” due to a complex web of dealings. Hong Kong Economic Journal late Wednesday also named Minsheng Bank and its local unit in relation to the matter, citing unnamed sources.

Minsheng Bank said in a statement it has a “complete” internal control system, and strictly complies with regulators’ requirements. The bank didn’t directly address whether it was the subject of the Wednesday regulatory notice, and added that it will step up self-inspection and compliance management to ensure its businesses are “legitimate and compliant.”

Spokesmen for the Hong Kong Monetary Authority (HKMA) and the Securities and Futures Commission (SFC) declined to comment.

Hong Kong regulators have repeatedly sounded warnings about lenders getting into complex financing transactions, as they step up scrutiny of financial institutions. One key objective for officials has been to ensure that such deals don’t end up jeopardizing financial stability. Wednesday’s statement noted that other Chinese banks have engaged in similar activities.

“Banks should ensure that credit facilities granted to their subsidiaries and affiliated companies or those of their holding company are granted on an arm’s length basis,” the regulators said in Wednesday’s statement.

In the example given by the HKMA and SFC on Wednesday, a subsidiary of the unnamed Chinese bank obtained a credit facility from its parent, and then made a large investment in a private fund. That fund’s only purpose was to provide a loan to a special purpose vehicle owned by a substantial shareholder of a public company. Firms that have similar arrangements should “review them urgently,” the regulators said.