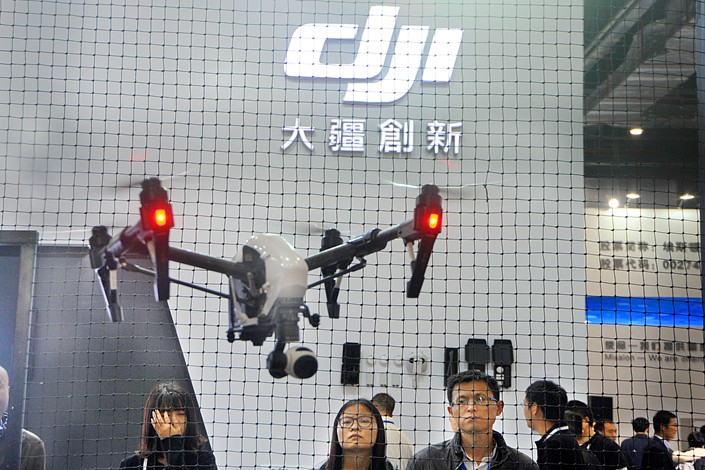 A man has been sentenced to six months behind bars for leaking the trade secrets of the world’s biggest commercial drone-maker, DJI Technology Co. Ltd., the public prosecutor in Shenzhen, South China’s Guangdong province announced.

The sentence was handed down early this month, the People's Procuratorate of Shenzhen said in a post late last week. In addition to jail time, the 28-year-old was fined 200,000 yuan ($29,701).

The Shenzhen Procuratorate didn’t mention DJI and only said that the man was an engineer at “a leading drone-making company” at the time of the crime in 2017. But DJI spokesperson Xie Tiandi confirmed to Caixin that the company in question is DJI.

Two sets of code related to DJI’s agricultural drones were posted by the engineer without authorization to GitHub, the world’s largest code-sharing site, according to the post. The leak was discovered by the company in September 2017 and cost DJI an estimated 1.16 million yuan, the procuratorate said.

The authorities did not reveal when the leaker was detained.

Xie said the company has since updated its security system to ensure the information safety of its commercial and private customers.

The Github leak is not the first time questions have been raised about internal security risks at the Shenzhen-based DJI, which has an almost 80% share of the global commercial drone market.

In August 2017, the U.S. Army issued a memo ordering its personnel to stop using DJI drones in their private lives and uninstall all DJI software, due to “cyber vulnerabilities.”

In response to the memo, DJI announced a series of new security initiatives and changes. One of the initiatives was a bug bounty program, under which the firm promised to pay white-hat hackers who report bugs.

Founded by engineer Wang Tao in 2006, DJI has also in recent years pushed into industrial sectors. The company’s agricultural drones can be used for multiple purposes, such as spraying pesticides on crops. The company generated 18 billion yuan in revenue in 2017, up 80% from the previous year.

The company also has a history of personnel issues. Early this year, DJI revealed a series of internal fraud cases that cost it a total of 1 billion yuan in 2018. Dozens of employees were fired or turned in to local law enforcement after they were accused of inflating the cost of parts for personal gain.