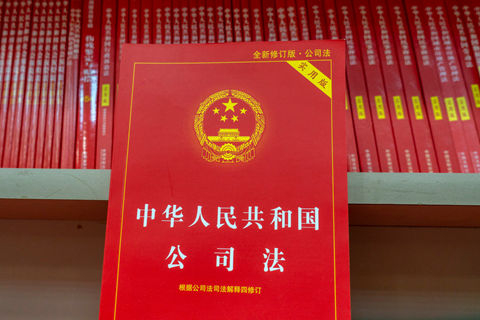 The new interpretation aims to create a better legal environment for the nation’s economic development by clarifying certain problems in the application of the company law. Photo: IC Photo

China’s Supreme Court issued a judicial interpretation of company law Sunday, signaling efforts to increase protection of the rights of small and medium-sized shareholders after China scored zero in a World Bank rating on safeguards for minority investors.

The new interpretation aims to create a better legal environment for the nation’s economic development by clarifying certain problems in the application of the company law, which was last revised more than a decade ago, an official of the Supreme People’s Court said. The ruling also is intended to improve related systems for the protection of the rights of small and medium-sized investors, the official said.

The company law interpretation demonstrates China’s efforts to comply with international standards for corporate governance and to improve China’s global ranking of business environment, said Liu Junhai, director of the Business Law Center at Renmin University of China, who participated in the drafting of the interpretation.

However, the judicial interpretation is only a palliative measure. A fundamental way to achieve the rule of law will be a comprehensive revision of the company law to further enhance China’s international competitiveness, Liu said. Legislators will soon hold meetings to discuss revisions of the company law, he said.

The interpretation allows shareholders to file lawsuits requesting that contracts in related-party transactions be invalidated and revoked if such transactions harm the interests of the company.

China has now joined the world’s top 50 economies on ease of doing business, according to the World Bank’s annual ranking. China climbed 32 positions from last year to reach an overall ranking of 46 out of 190 economies, the World Bank said. China also recorded the third-largest jump in the score globally, the bank said.

But China scored zero on a set of indicators the World Bank uses to assess how minority investors’ rights are protected in related-party transactions.

The company law currently stipulates that the controlling shareholders and those in de facto control of a company may not use their affiliations to harm the interests of the company. Anyone who violates the provisions and causes losses to the company shall be liable for compensation under the law.

The World Bank also found that China’s company law is not clear enough on whether shareholders can remove incompetent directors. The new interpretation stipulates that shareholders can remove directors before the end of their terms. If removed directors sue for compensation, the courts should determine whether to compensate and set a reasonable amount based on the company’s policy and contract law.

The new interpretation could make it easier for big shareholders to remove independent directors, which usually represent small and medium-sized shareholders’ interests, Liu said. He suggested there should be a remedy for directors who are removed without cause. Unfortunately, such a measure was not included in the Supreme Court’s judicial interpretation, Liu said.

The interpretation also set the maximum delay for profit distributions at one year after distribution decisions are made. Liu said this clarification is also a positive step for small and medium-sized shareholders.

The interpretation also establishes a mechanism to guide shareholders to resolve disputes with companies through consultation.