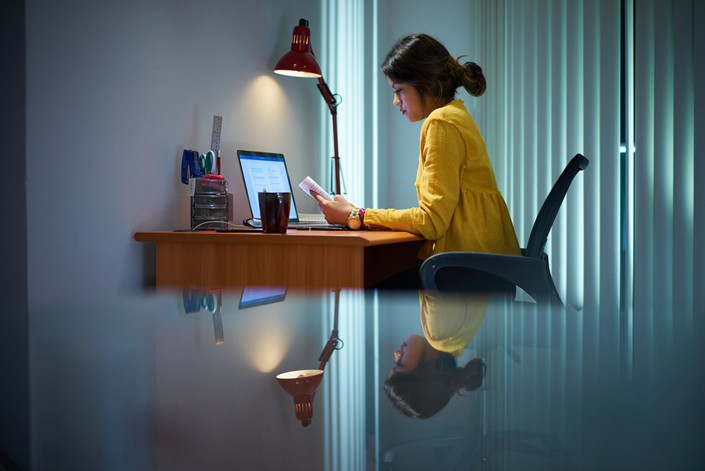 China’s richest man Jack Ma recently found himself under the spotlight after he called the “996” culture of China’s tech startups — where people work from 9am to 9pm, six days a week — a “blessing.”

“I am still working at least 12 to 12,” the founder of e-commerce giant Alibaba said in a blog post. “It is a blessing for people who work at (companies like Baidu, Alibaba and Tencent) to be able to work 996.”

This comment fueled strong resistance in the Chinese tech community. A group of developers started an anonymous discussion on the code-sharing platform Github on the subject, joking that a 72 hour workweek could land someone in hospital.

People from all walks of life called for improvements to working conditions at China’s startups and tech companies. Heated debate followed at home and abroad.

Many of China’s tech executives voiced their support for Jack Ma.

Richard Liu, founder and CEO of JD.com, said those who refuse to work such hours are not “brothers” — a term he uses to describe his workers. Representatives of various other companies employed similar rhetoric, taking pride in the excessively diligent work culture and equating working long hours with success.

One was Zhu Ning, founder of Youzan, a Shopify-like e-commerce manager backed by Tencent. Zhu once called on employees to embrace 996 culture, saying, “If you feel no pressure working at a company, you should just leave, because your employer is dying.”

Chinese law limits the working week to 44 hours, but few companies follow the rules. Cutthroat competition means many firms, particularly those in tech, push their workers extremely hard to survive.

“It’s not that we don’t want work-life balance for our employees, but if we don’t work as hard as we can, our company will fall behind, and eventually be out of the game. Everybody will lose their jobs,” said the founder and CEO of one Hangzhou-based tech company, who requested anonymity.

His remarks highlight deeper concerns. The slowing Chinese economy and U.S.-China trade war have taken a toll on the tech sector. Funding from venture capitalists and private equity firms is said to have tumbled nearly 90% percent in the first quarter of this year.

Chinese tech companies have been the first to feel the chill of a so-called “capital winter.”

Ride-hailing giant Didi Chuxing lost a staggering 10.9 billion yuan ($1.6 billion) last year, and was said to be mulling firing 15% of its labor force as a planned IPO appeared to fizzle. E-commerce platform JD.com says it will fire 8% of its employees. That’s up to 12,000 workers. Some investors predict that 90% of China’s tech startups could fail within the next decade.

This dim outlook contextualizes Jack Ma’s “996 is a blessing” rhetoric. Many consider it lucky just to have a job. Overwork has become a source of pride and is seen as the only road to success.

That sentiment resonates with the controversial and popular “hustle” culture in Silicon Valley, where entrepreneurs wear “#Hustle” T-shirts to express pride in their new form of workaholism, and where overwork and ambition are a lifestyle. Many startup founders have told me they believe “a 9-to-5 job is for losers.”

Elon Musk, CEO of Tesla and SpaceX, has famously tweeted that “there are way easier places to work, but nobody ever changed the world on 40 hours a week.” Musk claims to have once worked more than 120 hours per week but to have pulled back to 80 or 90 hours when his health was affected.

Entrepreneur and angel investor Gary Vaynerchuk told his 1.5 million Twitter followers that they should work 18 hours a day, every day, without taking holidays, going on dates or watching TV. “If you want to buy the jets,” he said, “work, that’s how you get it.”

But like 996 culture in China, hustle culture is facing strong opposition in Silicon Valley, where work-life balance is increasingly seen as the secret to innovation.

“Most of the companies in the valley offer flexible work hours and are extremely competitive,” said Steve Hoffman, the CEO of Founders Space, a Silicon Valley-based incubator and accelerator.

“It's not how hard you work, it's how smart you work,” he says. “Most people cannot be creative when they are exhausted and stressed out.”

Hoffman criticized Elon Musk’s working style, saying it could be responsible for a series of poor decisions he has made. “He has admitted that he's exhausted and lacks sleep,” Hoffman said. “People aren't robots. The quality of decision making declines with overwork.”

Challenges of a new normal

In past decades, many thrived on the back of China’s staggering growth, but their success has rested on business model innovation rather than fundamental tech breakthroughs seen in countries such as the U.S. and Israel. Operational excellence has become one of the key competitive advantages, which has emphasized long working hours.

But now, Chinese tech companies must technologically innovate or die. They can no longer rely on long hours and massive labor forces to compete. What they need is the real ability to innovate and boost productivity — a goal not achieved by a 996 culture.

Studies by the Finnish Institute of Occupational Health have found that overwork and the resulting stress cause multiple health problems which impact productivity and creativity. And there are other costs. “The medical costs alone are enormous,” Hoffman said. “Divorce is higher. Children grow up not spending time with their parents. Who can put a price on this?”

In neighboring Japan, which is plagued by “karoshi” or “death from overwork,” overtime has been capped at 45 hours a month, while South Korea slashed its maximum weekly working hours to 52 from 68 last year.

What’s needed in China is not legal reform, but cultural change. Awareness is the first step, and the journey began when people started debating their work hours.

After working with startups in Silicon Valley and Shenzhen, Hoffman says innovation requires internal motivation, which comes from workers feeling motivated by their belief in the project.

Companies also need to remember that the tech sector is a creative industry. A working style designed for labor-intense sectors could harm the company’s long-term growth.

We must stop praising workaholic CEOs as martyrs. It is worth remembering the words of organizational behavioral psychiatrist Gianpiero Petriglieri: “Passion, after all, has no concern for efficiency, and martyrdom has never been about getting things done.”