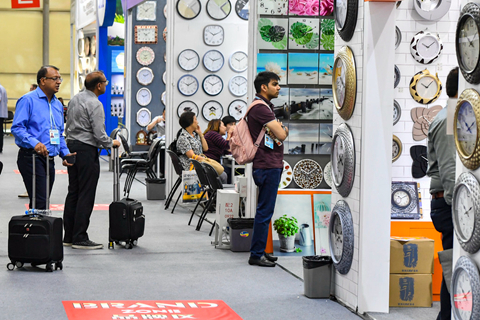 China’s largest trade fair has seen drops in both orders and visitors this spring amid domestic headwinds and China-U.S. trade disputes.

The Canton Fair, which is widely seen as a barometer of China’s foreign trade, attracted 195,500 buyers in this spring’s three-week session, which closed on Sunday – down 3.9% from last spring’s session, a spokesperson said. The total value of export orders signed at the fair dropped 1.1%, to $29.7 billion.

The downturn comes amid this year’s unstable and complicated trade environment for China, both domestically and globally, the spokesperson, Xu Bing, said at the closing of the fair.

U.S. President Donald Trump indicated a further escalation of the trade dispute between the world’s two largest economies on Sunday by saying in a tweet that he would increase tariffs on $200 billion of Chinese goods.