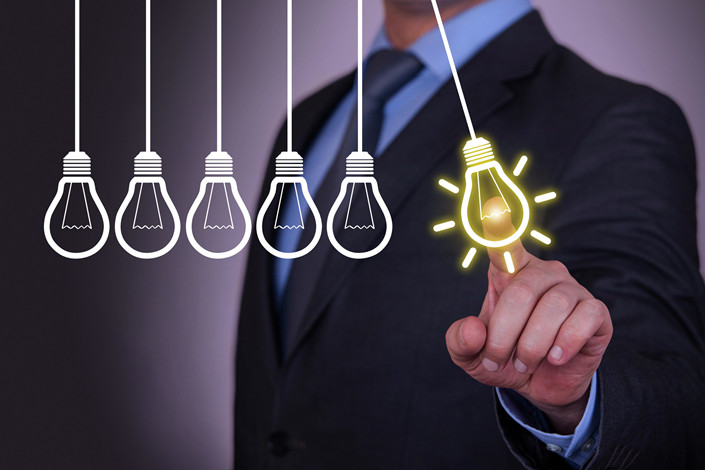 The U.S.-China trade dispute has dominated newspaper headlines and trade associations’ discussions in Hong Kong and Beijing over the last 12 months, casting a cloud over business in the two cities, China and beyond. As negotiators continue to try and finalize a pact, perceived wisdom suggests that U.S. concerns over intellectual property (IP) theft and the forced transfer of technology in China remain the key stumbling blocks.

While U.S. grievances contain some merit, commentators continue to oversimplify the situation and have been far too quick to slam China’s approach to safeguarding intellectual property. The country has, in the last 40 years, made significant strides in establishing a modern IP protection regime. Its economic transformation and inexorable rise as a major global competitor for high-value technology in more recent years has catalyzed the demand, from both local and foreign companies, for an even more robust IP protection system.

The most recent figures released by the World Intellectual Property Organization (WIPO) underline China’s growing global influence. Of the 3.2 million patents and 12.4 million trademarks that were filed globally in 2017, China accounted for nearly half of these — 43.6% and 46.3%, respectively. Looking at international patents filed under The Patent Cooperation Treaty (PCT) in 2018, China ranked narrowly behind the United States. It is likely to claim the top spot in the near future.

As for the IP environment in China, the Chinese government has displayed a strong willingness to further improve regulations, enhance the judicial system and implement better enforcement. New specialist IP courts, virtual courts and an IP Court of Appeal at a national level are evidence of tangible progress. Revisions to the 2004 Trademark Law, which increased statutory damages awarded for trademark infringement from 500,000 yuan ($74,450) to 3 million yuan, coupled with the recent introduction of the new e-commerce law, underscore the government’s commitment to protecting IP owners.

Of course, there is still more that could be done. China needs to invest in judges with the relevant expertise, and the sheer volume of cases has placed considerable pressure on the civil litigation system, which is patchy outside of the major first-tier cities. Nonetheless, according to China’s Supreme People’s Court, the total number of IP cases concluded in China in 2018 was 228,000, an increase of 41.8% on the prior year. Combined with the recent clampdown on trademark squatters, it is clear China means business.

The current trade impasse has much less to do with intellectual property theft, and much more to do with the U.S. demanding a structural change in Chinese foreign investment policy, of which IP is just one element.

In the past two decades, China has opened up many of its industries, allowing foreign investors to establish wholly owned foreign enterprises or increase their foreign capital share ratios in joint ventures. In July 2018, China also removed foreign equity caps for new-energy vehicle companies and has pledged to remove foreign equity caps for manufacturers of conventional commercial and passenger vehicles by 2020 and 2022 respectively. Chinese authorities have also granted permission to Tesla to build a new auto plant in Shanghai, which would become the first wholly foreign-owned auto plant in China. However, for Western observers, China’s “negative list” continues to carry too many restrictions.

While China still has much to do, both in terms of opening up and IP protection, foreign companies must be pragmatic. Accessing the burgeoning China market will always require some element of technology licensing or “know-how” exchange. Even on this point, however, progress is being made. China’s new Foreign Investment Law, which takes effect Jan. 1, signals a positive step forward, clearly prohibiting local governments from forcing foreign companies to transfer their technology.

Foreign companies must also prepare to do their own part. It is imperative they conduct rigorous due diligence on potential partners and ensure appropriate nondisclosure agreements are in place. They must also be prepared to immerse themselves in the Chinese system by giving up foreign law as governing law and foreign courts from having exclusive jurisdiction, as a foreign judgment can be difficult to enforce in China.

Arbitration can be a very good alternative when disputes arise, as China is a member of the New York Convention. Hong Kong certainly has a role to play in helping Chinese and foreign companies to resolve IP disputes. The city’s strong rule of law, “insider” advocacy for the opening up of China and potential leadership within the Greater Bay Area, leaves it well-placed to offer a fair and secure IP environment for businesses. This should help to soothe U.S. concerns. At the very least, however, any further trade discussions need to be underpinned by recognition that China has made progress in strengthening its IP regime in line with other major markets.