Editorial: To Achieve SOE Reform, Government Must Step Back and Empower Companies 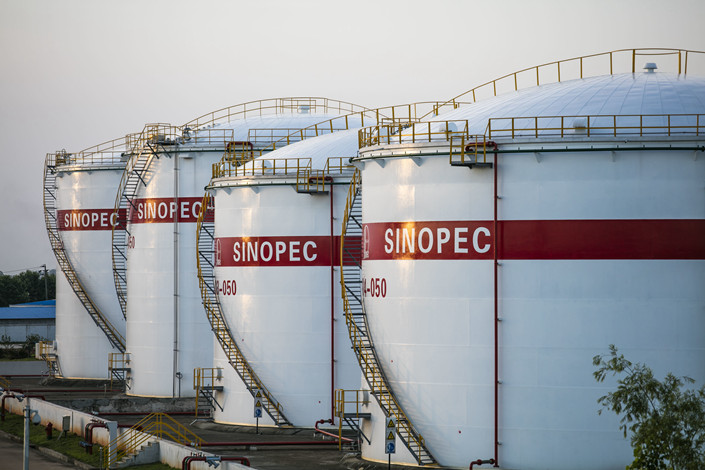 Oil tanks are pictured at a Sinopec refinery in Jiujiang city, Jiangxi province, on May 16, 2016. Photo: IC Photo

The slow-moving reform of state-owned enterprises (SOEs) has gained new momentum. Recently, the State Council, China’s cabinet, issued a plan on the reform of state-owned capital management in an effort to clarify the role of the government — or its “state capital representatives” — and reduce administrative interference in SOEs.

Despite years of reform, there are still problems in SOEs. For example, there is no distinction between government and capital, or between government and SOEs; there are no clear boundaries between the power and responsibilities of government and SOEs. There are problems of overstepping, oversight, and erroneous judgment in supervision of state-owned assets. The State Council’s plan can be regarded as a remedy for these ills. If it can be implemented, SOE reform is expected to enter a new phase.

The “Guiding Opinions of Deepening the Reform of State-owned Enterprises” released by the CPC Central Committee and the State Council in 2015, along with “Several Opinions on Reforming and Perfecting the System for State-owned Assets Management” released by the State Council, all reflected the direction of SOE reform. In 2018, the State Council issued a circular to promote pilot reform of state capital investment and management companies. Now, with the promulgation of the latest plan, reforms to the authorized management system of state-owned capital are expected to take a substantive step.

The plan lays out the goal that by 2022, the boundaries of power and responsibility between government and state-funded enterprises will be clearly defined. It also vows to have an effective authorization mechanism, and the supervision of state-owned assets will be complete and standardized.

Full authorization or letting go of government power in SOE operations is the focus of the plan and is also the main difficulty. It will determine this document’s quality and will also affect the success or failure of the new round of SOE reform. Letting go of power is by no means an easy task. It touches upon many interests, and the existing problems have been persistent over the years.

“If we want to decentralize the power, we must really give out the power, so that the companies can operate well and healthily in accordance with market rules and the law,” Weng Jieming, vice chairman of SASAC, said at a press conference on April 29. While this concept is easy to know, it is difficult to do. Of course, one of the problems associated with “letting go” is whether or not enterprises can “hold steady” the newly authorized power, though this is secondary.

To really pass business operation power to the SOEs, the SASAC, Ministry of Finance and other state capital representatives should change the way they do their supervisory jobs. The State Council’s latest plan has a solution: a list will be drafted to clarify powers and duties of government and the companies, and things outside the list will be decided by the companies themselves. According to SASAC, a list of 30 measures has already been drafted. The quality of the list is yet to be known. It’s urgent for state capital representatives to hand over their public administration functions. In the meantime, it will be a new test for the state asset managing agencies to play a pure supervisory role. Can a government body that has been used to give orders to the SOEs really fulfil its new role of capital manager?

The State Council plan says the effect of power authorization will be assessed on a regular basis, and dynamically adjusted or even withdrawn. It's reasonable to, in the words of the great Chinese reformer Deng Xiaoping, "wade through a river while feeling the stones,” as there is no guidebook to follow. But observers may also worry that the reform may repeat previous troubles again, in which the market froze up whenever regulations were tightened, but messed up whenever it was loosened. Actually, the roots of earlier troubles at the era of planned economy lie in the endless back and forth of giving out power and withdrawing power. There should be a change now, as today’s market economy environment has been substantially different from the past.

Without real changes to the state capital management system and the way SOEs operate, this regular policy loosening and tightening may continue.

“Managing capital” is a reform of the system, and the core is the state capital representatives must do their job according to market rules and the rules that govern modern companies. The ongoing reform of mixed-ownership among SOEs should come along. Otherwise, the SOE reforms won’t be complete.

As a “buffer zone” between state capital representatives and the SOEs, the question now is whether the state capital investment and management companies will be simply a mouthpiece for the government, or if they can operate within the scope of their authority. Companies have been promised the power to draft their strategic plans, pick their people and decide on salaries. But these promises must be faithfully kept, or the state capital investment and management companies will merely be existing SOEs by a different name.

The SASAC has said the State Council plan won’t set a timetable. But people are concerned that the SOE reform has been slow, and the absence of a deadline may possibly become an excuse for some government agencies to not push forward the reform with an urgency.

The 18th CPC Central Committee’s third plenum built up great public expectations of SOE reform. Six years have passed; the reform does not seem to be going smoothly, while one document after another has been released. The latest State Council plan is a shot to spur SOE reform to accelerate. The representatives of state capital need to relinquish their power over the business operations of SOEs.