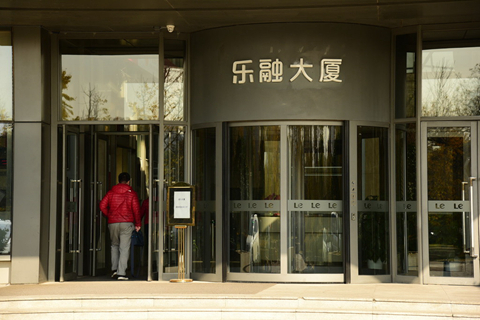 Lerong Zhixin, a smart-TV manufacturer, unveiled two new models Tuesday, marking a comeback after a business interruption since 2016 amid the debt woes of its former controlling shareholder.

Leshi Zhixin was subsequently renamed Lerong Zhixin to distance itself from the troubled parent company, which faces a risk of being delisted after it reported negative net assets last year.

At the Tuesday event, Lerong Zhixin unveiled its new Lerong brand to replace the previous Letv brand. Liu Shuqing, chairman and CEO of Lerong Zhixin, said the company is stepping out of the shadow of Leshi with financial support from Sunac and other shareholders.

Liu said the company aims to sell 1 million to 2 million TV sets this year to revive its market presence.