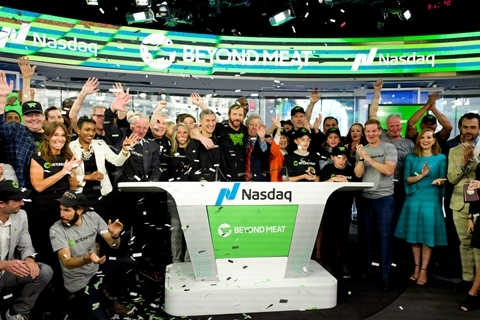 Two food-processing companies are surging on Chinese stock markets – even as the broader market sputters on concerns about U.S.-China trade talks.

The companies’ success stems from the buzz around another company entirely: “man-made meat” maker Beyond Meat. The U.S. company, which produces plant-based non-animal “meat,” debuted on the Nasdaq last week – and impressed the world after it surged from an IPO price of $25 to $79 within a week.

Now, the stock prices of Chinese companies with businesses related to plant-based protein are also rising.

Investors remain excited about the companies even though Yantai Shuangta and Harbin High-Tech clarified on Tuesday that their products differ from those made by Beyond Meat. As of the mid-day break on Wednesday, the two companies’ stocks hit the maximum surge ceiling again.