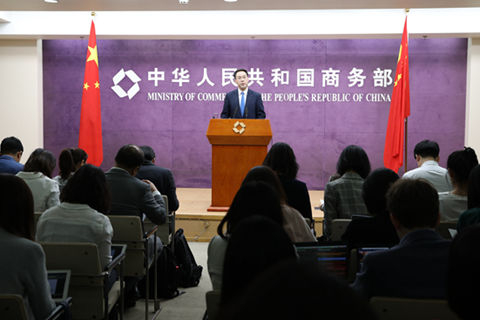 China has never changed its stance on being trustworthy and keeping its promises, even though the U.S. administration recently accused it of “backtracking” and “reneging” on promises, China’s Commerce Ministry spokesman Gao Feng said Thursday.

Gao told reporters in Beijing at a routine press briefing that it was normal for parties to have disagreements during negotiations, a process of exchanging opinions and reaching consensus. He emphasized China’s clear sincerity and good intention over the past year to push the trade talks forward.

The ministry spokesman called for the two sides to meet halfway and resolve problems through dialogue rather than unilateral actions. He also warned that China is fully prepared and capable of defending its interests and that China will not succumb to pressure.

China’s Vice Premier Liu He is leading a delegation set to resume trade talks with the U.S. in Washington Thursday and Friday. Gao said the decision to send the delegation to Washington as planned despite the tariff threat demonstrated China’s “utmost sincerity.”