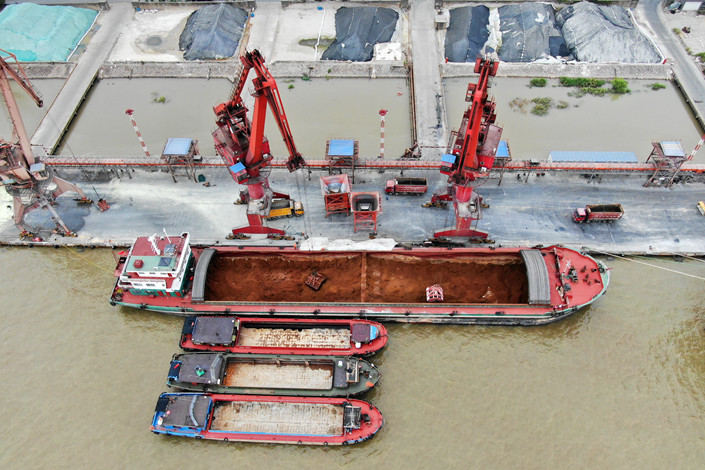 China on Thursday vowed to retaliate if the U.S. moves ahead with threats to increase tariffs on Chinese goods, as both sides ratchet up pressure ahead of new trade talks closely watched by global investors.

“Any escalation of trade friction is not in the interest of either of the countries or the world,” the Ministry of Commerce said in a statement published Thursday. However, “if the U.S. implements the tariff measures, China will have to take necessary countermeasures,” it added.

The statement came hours after the office of the U.S. Trade Representative (USTR) filed paperwork to formalize an earlier threat made by President Donald Trump on Twitter to raise additional tariffs on $200 billion worth of goods from China to 25% from the current 10% on Friday.

“It is natural to have differences in a negotiation, which, by definition, is a process of discussions,” Geng Shuang, the spokesperson for China’s Ministry of Foreign Affairs responded to the U.S. allegations on Tuesday. “The Chinese side will not sidestep differences and has sincerity in continuing consultations,” he said.

The USTR initially imposed 10% tariff in September, and planned to increase that to 25% in January. In December, U.S. President Donald Trump and Chinese President Xi Jinping agreed during a meeting in Argentina to postpone the increase until March, to give the two countries time to negotiate a deal.

After several rounds of talks, the USTR further postponed the tariff increase “until further notice.” So far the two sides have held 10 rounds of meetings and the next round will start on Thursday, though it was originally scheduled to start Wednesday.

Tensions mounted after Trump criticized bilateral negotiations for moving “too slowly” and threatened to increase tariffs in tweets during the weekend. The tweets surprised many observers, who believed a deal would soon be struck.

The USTR also says in the notice that it will establish a process in which “interested persons” may request “particular products … be excluded” from the additional duties.

On Wednesday morning, White House Press Secretary Sarah Sanders confirmed again that negotiations will take place on Thursday and struck a more optimistic tone than the president. “We’ve got indications they want to make a deal. Our teams are in continuous negotiations. We’ll see what happens from there.”

“I am reluctant to see us continue the tariff spiral going back and forth. I would urge some moderation and see if we can work some of this out without having retaliatory tariffs,” Earl Blumenauer, Democratic congressman representing Oregon’s 3rd District told Caixin during an event at the Center for Strategic and International Studies (CSIS), a Washington D.C.-based think tank.

Blumenauer also serves as chairman of the House Ways and Means Committee’s Subcommittee of Trade. China was Oregon’s largest goods export market in 2017, with semiconductors and industrial machinery the top exported goods, according to data published by the U.S.-China Business Council.

Trade experts still see the possibility of reaching a trade deal. “Trade negotiations frequently crash and burn once or twice before getting to the end,” William Reinsch, senior adviser and Scholl Chair in International Business at CSIS, told Caixin.

“An escalation of the trade war will cause stock markets to fall, and will inflict further damage on important U.S. constituencies like farmers. Trump is going to be reluctant to escalate the trade war heading into an election year in which the strong economy is the best argument he has for his re-election,” Alden says.