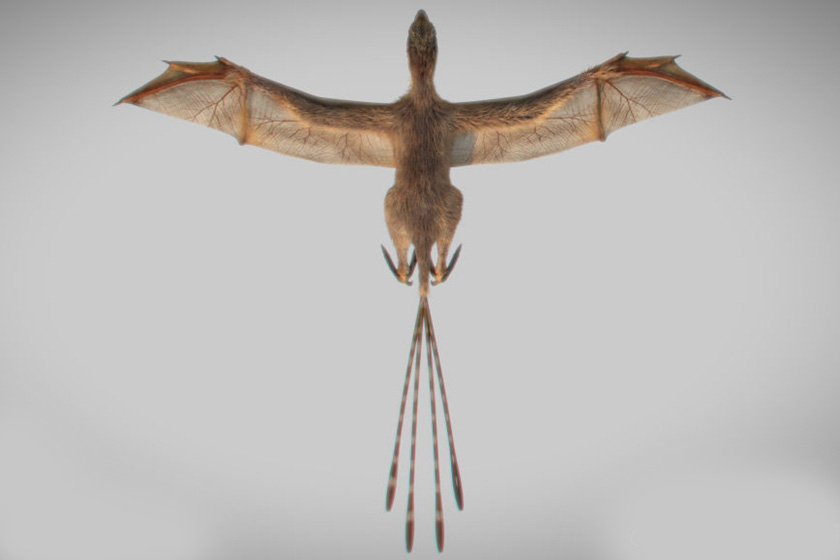 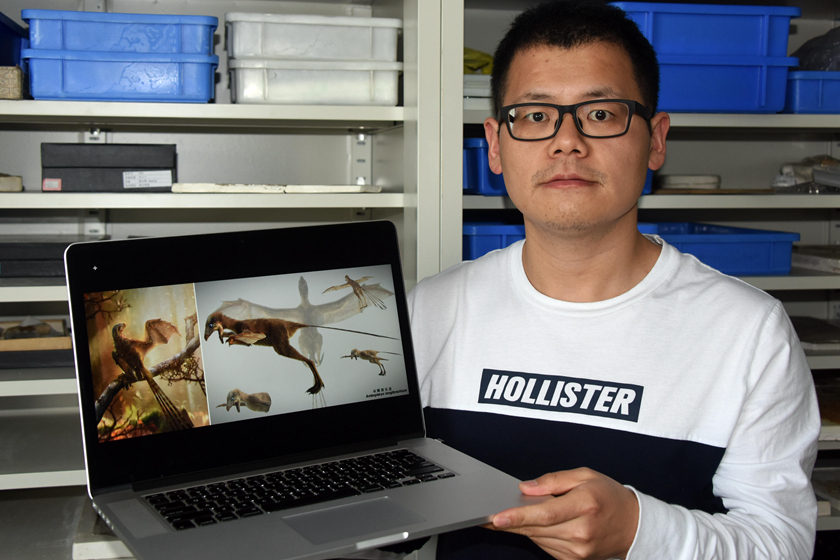 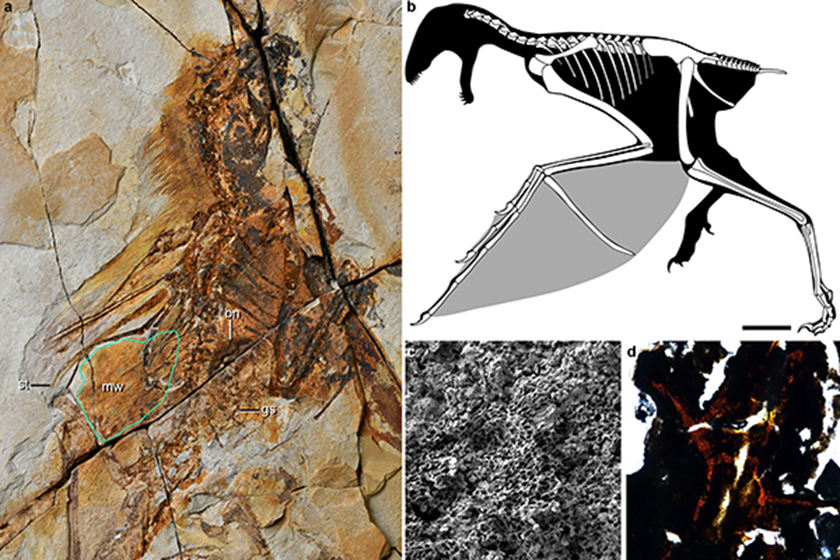 Images of the 163 million year old bat-winged dinosaur, including: a fossil; a diagram of the dinosaur; a close-up of the inside of its stomach including small stones swallowed by the dinosaur. Photo: Wang Min/Institute of Vertebrate Paleontology and Paleoanthropology 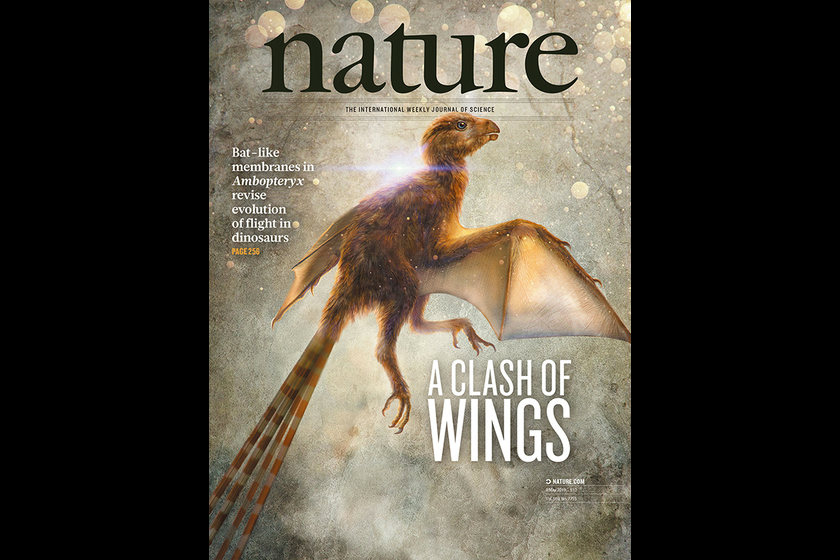