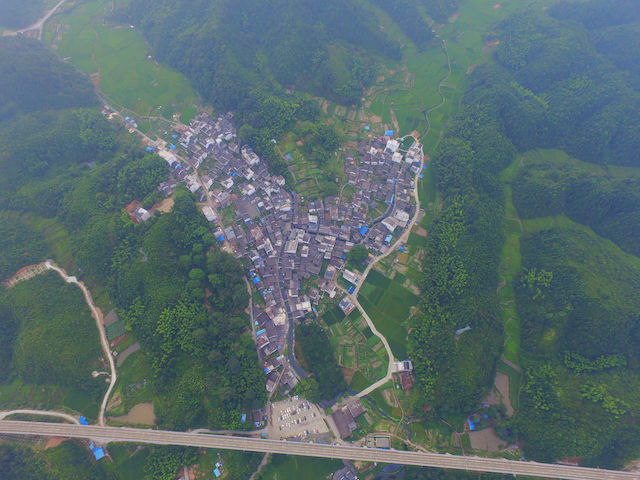 A village in Shangrao city, seen from above. Photo: VCG

A man has confessed to stabbing a 10-year-old boy to death at a primary school in Southeastern China’s Jiangxi province, local police announced on Saturday.

The 41-year-old man, surnamed Wang, was arrested on the scene in Shangrao city just after the stabbing, local police said in a statement that day. The victim, Liu, was rushed to hospital for emergency treatment, but doctors were unable to save him.

Police said in the Friday statement that the incident came after a dispute between the suspect’s child and the victim. Screenshots Caixin acquired, which are believed to be from a WeChat group for the class’s parents, show that Wang accused Liu of continuing to bully his daughter the day before the incident despite being told not to several times already.

Caixin has also learned that the head teacher had planned a meeting with the parents of both children on the day of the incident, but Liu’s didn’t show up.

The school’s principal has been suspended and is under investigation, local police said.